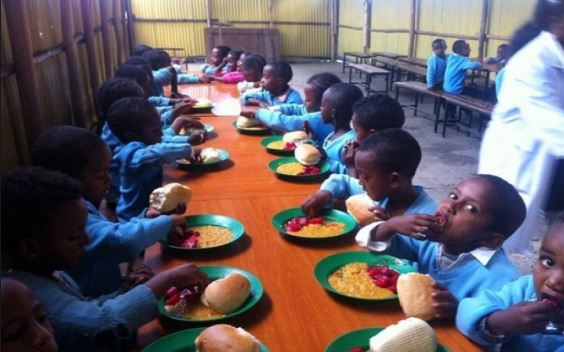 No fewer than 194,707 pupils in Enugu State have continued to benefit from the ongoing Federal Government National Home-Grown School Feeding Programme.

The Programme Manager in the state, Mr Ifeanyi Onah, disclosed this to newsmen in Enugu on Friday.

The National Home-Grown School Feeding Programme was an initiative of President Muhammadu Buhari-led administration designed to fight poverty and malnutrition among children.

Onah said that the federal government had also engaged about 2,230 cooks currently in the ongoing programme in the state.

He noted that the Enugu state was among the first set of states that joined the exercise by fulfilling all the conditions in 2016.

According to him, the programme has been running hitch-free in the state and gained a lot of acceptance and applause from the people.

“I will applaud Gov. Ifeanyi Ugwuanyi for ensuring that Enugu State was among the states in the country to benefit in the first batch of the scheme.

“This pragmatic and futuristic step taken by Gov. Ugwuanyi is yielding a lot of fruits, which has impacted much on our children and the pupils’ primary school system.

“The programme is currently running smoothly and without any hitch in the state,’’ he said.