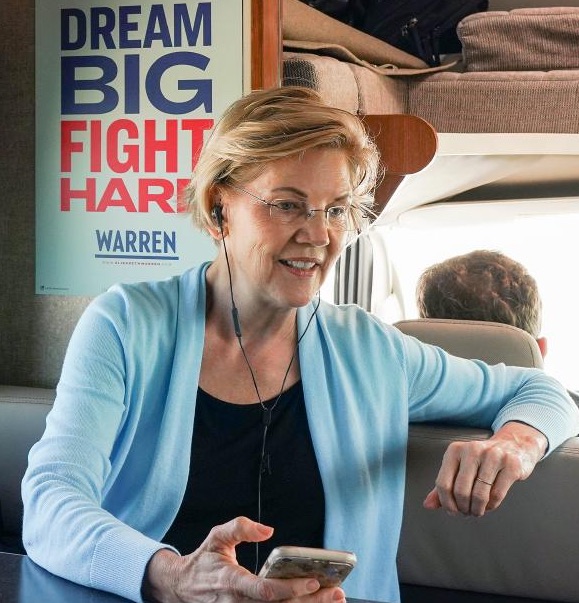 The liberal newspaper’s pick comes just a few weeks before the Iowa caucuses on February 3 which officially begins the presidential primary season.

The Times described Massachusetts senator Warren as the “radical” and Minnesota senator Klobuchar as the “realist” choice.

“An essential debate is underway between two visions that may define the future of the (Democratic) party and perhaps the nation,” the editorial board wrote.

“Both the radical and the realist models warrant serious consideration,” the board said. “That’s why we’re endorsing the most effective candidates for each approach. They are Elizabeth Warren and Amy Klobuchar.”

Warren has consistently polled at third place, behind former vice president Joe Biden and Vermont Senator Bernie Sanders — Warren’s fellow progressive. She surged during the summer but has seen her support slide since October.

But The Times called her the new “standard-bearer for the Democratic left,” praising her plans for structural and social reform.

“Ms. Warren’s path to the nomination is challenging, but not hard to envision,” the board said.

For Klobuchar, who is more moderate, The Times said her “lengthy tenure in the Senate and bipartisan credentials would make her a deal maker (a real one) and uniter for the wings of the party — and perhaps the nation.”

“May the best woman win,” The Times concluded.

For the first time, The Times detailed its decision-making process on its television show “The Weekly”.

The interviews were conducted on the record. In addition to showing video clips of the interviews in the “Weekly” episode, the Times Opinion section also published interview transcripts.