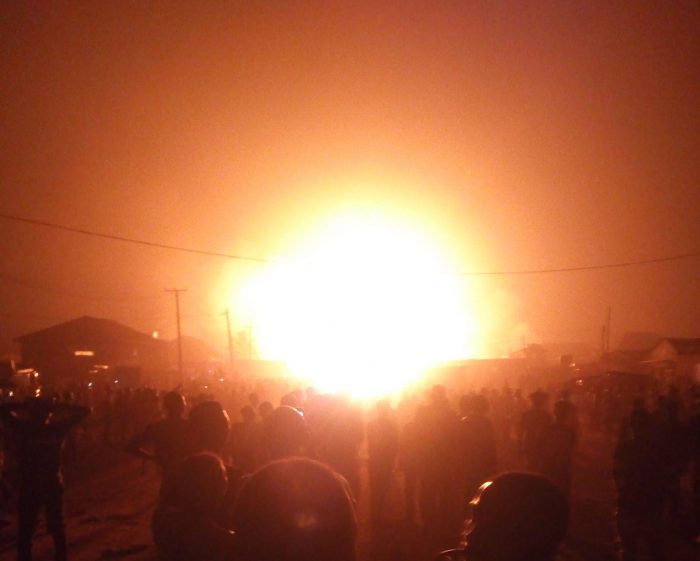 The pipeline explosion at Ile-Epo area of Abule Egba, in Lagos, Southwest Nigeria has left three persons burnt to death, 11 trucks and seven houses razed in the inferno.

A massive explosion shattered the peace of the area around 7:45pm on Sunday with thick smokes and balls of fire bellowing the atmosphere.

Residents fled their homes to take shelter in safer places while thousands of onlookers were seen close to the scenes taking pictures.

Several fire trucks raced to the area, but they are finding it difficult to contain the rampaging fire as at the time of filing this report around 12:15am on Monday.

“LASEMA, Lagos fire service are responding and on top of the situation,” he said earlier.

Oke-Osanyintolu, however, confirmed that two adult male and a child were burnt to death, with 11 trucks and seven houses razed.

Watch video of the fire here:

“Investigation reveal that the inferno was as a result of pipeline vandalism. Hence, two adult male and a child have been lost while eleven trucks laden with 40 feet containers were destroyed while, about seven buildings have so far been razed down by the inferno,” he said.