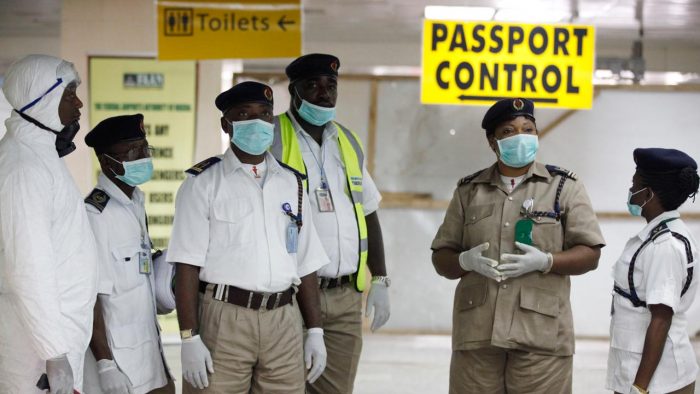 Following an outbreak of Coronavirus in China, the Federal Airports Authority of Nigeria (FAAN) says steps are being taken to checkmate its possible infiltration into the country through passengers at the Murtala Muhammed International Airport (MMIA), Lagos.

This is coming as the World Health Organisation (WHO) on Wednesday convened an emergency meeting to determine whether it should be declared a Public Health Event of International Concern (PHEIC).

Shina-Aba said a breakdown of activities were meant to control the Coronavirus if detected at the Port of Entry (MMIA), adding that the primary screening was ongoing.

She advised passengers and airport users to comply with all quarantine procedures and submit themselves for routine quarantine checks whenever they were asked to do so at the nation’s airports.

FAAN official explained that the airport authority, along with health personnel, were monitoring the temperature of all arriving passengers and also carrying out enhanced visual observation for obvious signs of communicable disease.

She said: “Passenger with any of the following fever, such as temperature above or equal to 38 degrees Celsius, jaundice, skin rash, persistent diarrhoea and persistent cough would be referred to secondary screening.

“Others are difficulty in breathing, complains of headache, neck stiffness; decreased consciousness, lethargy, unexplained bleeding, as well as persistent vomiting.”

She noted that if there was an obvious public health threat, the passenger would be transferred to the designated hospital (Lagos State Mainland Hospital) following appropriate protocols (SOP) for further evaluation.

Shina-Aba said collaboration and observance of basic infection prevention and control measures by stakeholders was important and being strengthened.

Commenting, a Medical Official at the Nigeria Civil Aviation Authority (NCAA), Dr Wilfred Haggai, explained that the areas for enhanced surveillance included the Point of Entry (POE), onboard the aircraft and the Passenger Handling Service on the arrival queue.

Haggai added that others were within the terminal building and within 400 metres radius of the POE and outside the POE.

The coronaviruses are zoonotic, meaning they are normally transmitted between animals and people.

Some coronaviruses can be transmitted from person to person, usually after close contact with an infected patient.

The first case of a novel (new) coronavirus (2019nCoV) strain was confirmed in China on Jan. 7, 2020 while several people have died from the virus in China following an outbreak in the Central City of Wuhan.

The NCDC had advised Nigerians to protect themselves from the risk of this disease by washing their hands regularly under clean running water.

People were also advised to cover their mouths and noses properly with handkerchief or tissue paper while sneezing or coughing; or also, cough into the elbow if a handkerchief is not available.