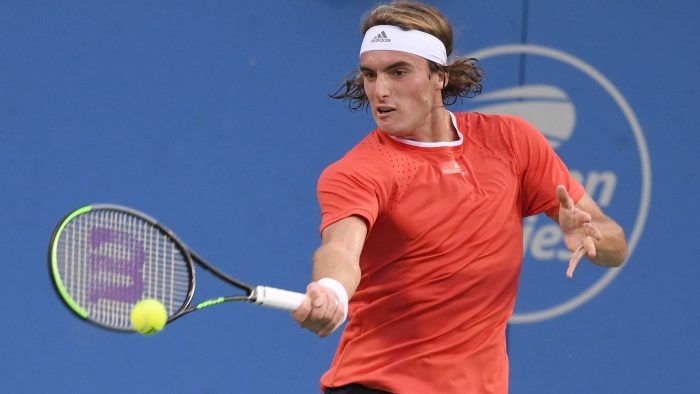 Sixth seed Stefanos Tsitsipas was sent crashing out of the Australian Open by Milos Raonic in the third round on Friday, with the giant Canadian’s power serve doing the damage.

The Greek star, widely tipped as a contender to challenge the big guns at the opening Grand Slam of the year, was no match for his experienced opponent, slumping 7-5, 6-4, 7-6 (7/2).

Expectations were high for the 21-year-old, who stunned Roger Federer in 2019 en route to the final four, before winning titles in Marseille and Estoril and at the season-ending ATP Finals in London.

But Raonic had his measure, pumping down almost unplayable 220 kph (136 mph) serves while smashing 19 aces and 55 winners.

“Today was an incredible match for me. I’m really happy with how things went,” said Raonic.

“I enjoy the energy here. To be healthy and playing well, I take a lot of pleasure out of that.”

Raonic has form at Melbourne Park, reaching the semi-final in 2016, when he lost to Andy Murray, and the quarters on three other occasions, including last year to make it his most successful Grand Slam.

But his career has been plagued by injuries, with surgeries over the years for hip, foot and wrist problems. He has also struggled with back, ankle, calf and knee issues which have stymied his progress.

But seeded 32, his lowest ever at a Slam, he turned back the clock against Tsitsipas, who had a bye in the second round when his German opponent Philipp Kohlschreiber pulled out injured.

Raonic is feared for his big serve and he sent down plenty of aces in the first set to set the tone, with the Greek desperately defending and unable to create chances.

It was more of the same in the second and third sets as the Canadian, looking for his first title since Brisbane 2016, turned the screws.