Woman inserts pepper into private part of a 14-year old 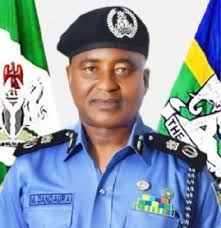 Officers and men of the Rivers State Police command are interrogating a middle-aged woman, Madam Blessing Tamunokoru, for allegedly inserting pepper into the private part of a 14-year old housemaid.

It was gathered that based on complaints from neighbours to the police over the inhuman treatment meted out on her maid, detectives attached to the Central Police Station, Port Harcourt Township effected the arrest of Madam Blessing Tamunokoru.

It was learnt that neighbours who constantly witnessed regular abuse of the housemaid by Tamunokoru alerted a human rights organisation.

The suspect, however, denied inserting pepper into the girl’s private part, but agreed to flogging and inflicting wounds on her which she claimed was to make her disciplined.

According to her, the girl was stubborn and needed strong hand to become a better person.

Meanwhile, the 14 years old victim of child abuse alleged that her madam used wire to flog her and sometimes she poured hot water on her legs to inflict injuries on her for not being able to sell all the kerosene given to her to hawk around the market.

When contacted, spokesman of the Rivers State Police Command, DSP Nnamdi Omoni, confirmed arrest of Tamunokoru, assuring that she would be charged to court soon for the laws to take its full course.

Meanwhile, the State Chairman of the Civil Rights Council, Prince Wiro, who was alerted of the girl’s situation recalled that he saw the girl weeping and hawking kerosene.

“Some neighbours and l inquired from her why she was crying, she told us that she was 14 Years Old from Akwa-Ibom and her name was Mary Okon Elijah. She said her madam inserted pepper in her private part and most times she did not eat”, Wiro recounted.