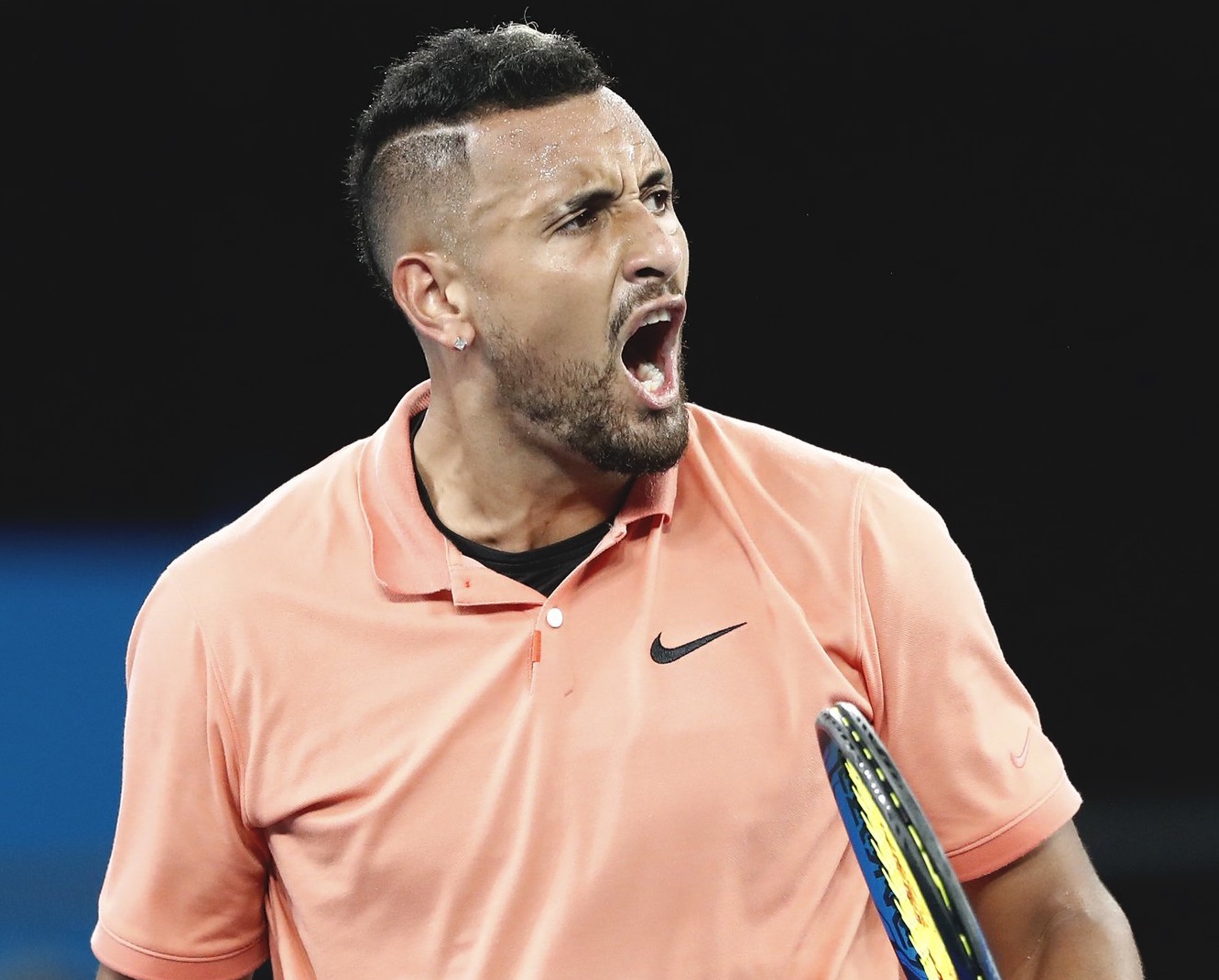 Nick Kyrgios went marathon five sets on Saturday at the Australian Open to ensure a showdown with World Number One Rafael Nadal as a series of shocks caused carnage in the women’s draw.

“That was insane — I’ve got no words to how I’m feeling right now,” he said, after the 4hr 26min marathon marked by his trademark tweeners and exchanges with the umpire.

“This is just epic man, I don’t even know what’s going on. My legs feel about 40 kilos each.”

The outspoken Aussie now heads into a last-16 clash with Nadal, with whom he has history after calling him “super salty” following criticism from the Spaniard last year.

“Whatever happens between us, he’s an amazing player, he’s arguably the greatest of all time,” said Kyrgios.

Top seed Nadal had a comparatively easy ride against his Davis Cup team-mate Pablo Carreno Busta, racing through 6-1, 6-2, 6-4 in what he called his “best match of the tournament so far”.

While the men’s Big Three of Nadal, Roger Federer and Novak Djokovic are all still alive, it’s a different story in the women’s competition where six of the top 10 seeds crashed out in the third round.

After Serena Williams and title-holder Naomi Osaka fell by the wayside on Friday, second seed Karolina Pliskova bombed on Saturday with a 7-6 (7/4), 7-6 (7/3) defeat to Anastasia Pavlyuchenkova.

“I was about 40 percent today of my game,” lamented the Czech.

Switzerland’s Belinda Bencic, the sixth seed, won only one game against Estonia’s Anett Kontaveit, the world number 31, as she went down 6-0, 6-1.

“I was very concentrated and focused on what I wanted to do, it all went fast my way,” said Muguruza, who raced through the first set in just 23 minutes.

Croatian 19th seed Donna Vekic also crumbled to lower-ranked opposition when she lost 7-5, 6-3 to Poland’s Iga Swiatek, who is returning from a stress fracture in her foot.

However, Wimbledon champion Simona Halep stayed on course with a 6-1, 6-4 victory over Kazakhstan’s Yulia Putintseva.

“I’m sure that for you guys (media) it’s a little bit of shock when the top-10 players are losing,” said Halep, shrugging off the exodus of top seeds.