Photos: Fatoyinbo marches on despite controversies 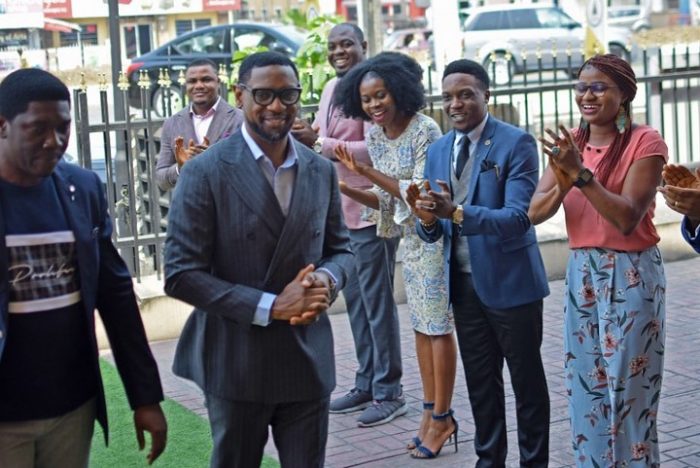 Many expected his ministry to collapse after popular photographer, Busola Dakolo took the entire nation by the storm in 2019 alleging that Pastor Biodun Fatoyinbo of the Commonwealth of Zion Assembly, COZA, raped her.

Dakolo alleged that Fatoyinbo raped her 20 years ago when she was still 16 years old in Ilorin, Kwara State, but the pastor denied the allegation.

The entire nation was against Fatoyinbo, but he refused to admit his culpability. The case went to court, but the judge struck it out for want of evidence.

Since then, Fatoyinbo has continued to soar, his ministry has not diminished since then despite the many controversies that greeted him last year.

On Saturday, Fatoyinbo spoke of his encounter when he visited the COZA Port Harcourt Campus.

“It was an unforgettable experience as I visited the COZA Port Harcourt Campus for the very first time since its inception over 3 years ago. The Presence of God is everything and we enjoyed a time of great fellowship with the Holy Spirit.

“I love you COZA Port Harcourt. We are ready for unprecedented exploits and I can’t wait to hear your testimonies. Blessings,” he said.