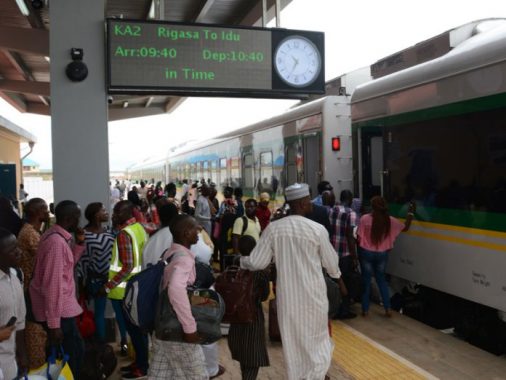 Gunmen on Saturday attacked vehicles conveying travellers, who alighted at  Rigasa railway station from Abuja, injured some of them and abducted several others.
‎
News Agency report (NAN) gathered that the attack occurred along the road linking airport road from the railway station at about 8 pm.

A similar attack occurred on Friday at about the same time on the same road after passengers left the train station heading to their homes in Kaduna and other places.

Already, some families of those abducted have been contacted by the kidnappers demanding N20 million ransom.

One of those shot by the kidnappers is at the moment in critical condition at the 44 Army Reference Hospital Kaduna receiving treatment.

A witness at the train station motor park told NAN on condition of anonymity that some of the vehicles hurriedly turned back when they heard gunshots.

“This is the second time they attacked vehicles conveying travellers who alighted from the train along the same road.

“A similar incident happened on Friday night and again they attacked travellers on Saturday night,” he said.