My mandate was stolen: Abdulmumin Jibrin 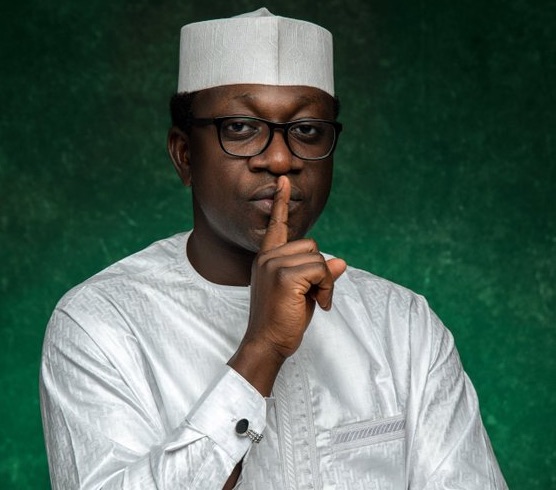 Abdulmumin Jibrin, the ousted All Progressives Congress (APC) candidate in Saturday’s rerun election for Kiru/Bebeji Federal Constituency in Kano state has alleged that his mandate was stolen at the polls.

Jibrin however said he would not challenge the result at the tribunal and instead work with the winner to advance the interest of the constituency.

In a statemen on Sunday, Jibrin alleged that election did not take place in most areas, but results were written and announced by the Independent National Electoral Commission (INEC).

“The Kiru/Bebeji re-run election was held on Saturday 25th January, 2020 as scheduled. My constituents came out en masse to exercise their civic responsibility.

“But they were denied their franchise to vote the candidate and party of their choice through the application of maximum force in all the wards of our constituency, except my home town of Kofa, Bebeji that proved impenetrable.

“We know we won the election fairly and squarely, but our mandate was stolen,” he alleged.

Jibrin also claimed that in many units, elections never took place, adding that the ballot boxes were diverted, but figures “miraculously” entered.

“The violence, thuggery and rigging that took place have been carefully documented, at least for posterity. I have strong reservations about the outcome of the elections.

“However, INEC has announced my opponent as the winner of the election”, he said.

According to him, the police, other security agencies and voters witnessed what took place.

“I am sure those of them saddled with the responsibility of ensuring a free and fair election, but aided and abated this grave injustice against our people will be eternally trailed by the guilt of their conscience and await the ultimate judgement of God.

“I have therefore accepted the outcome of the elections and wish to congratulate my opponent Aliyu Datti Ahmed who will continue from where I started about a decade ago and has now come to an end.

“I look forward to working closely with him and giving him whatever cooperation and assistance to settle down in his new role of representing our people.

“I do not intend to file petition against his declaration as winner. It is time to move on”, he said.

He, however, commended President Muhammad Buhari, Vice President Yemi Osinbajo, Senate President, Speaker of the House of Representative, Secretary to the Government of the Federation, APC and other stakeholders for their intervention and support.

“I also thank my constituents who are still recovering from the trauma of what can best be described as a violent war against them, for giving me the opportunity to represent them on three occasions and the love and support they have showed me over the years.

“I will continue to support the progress and development of my party, the APC, in my personal capacity as I have always done before I became an elected Representative nine years ago,” he said.