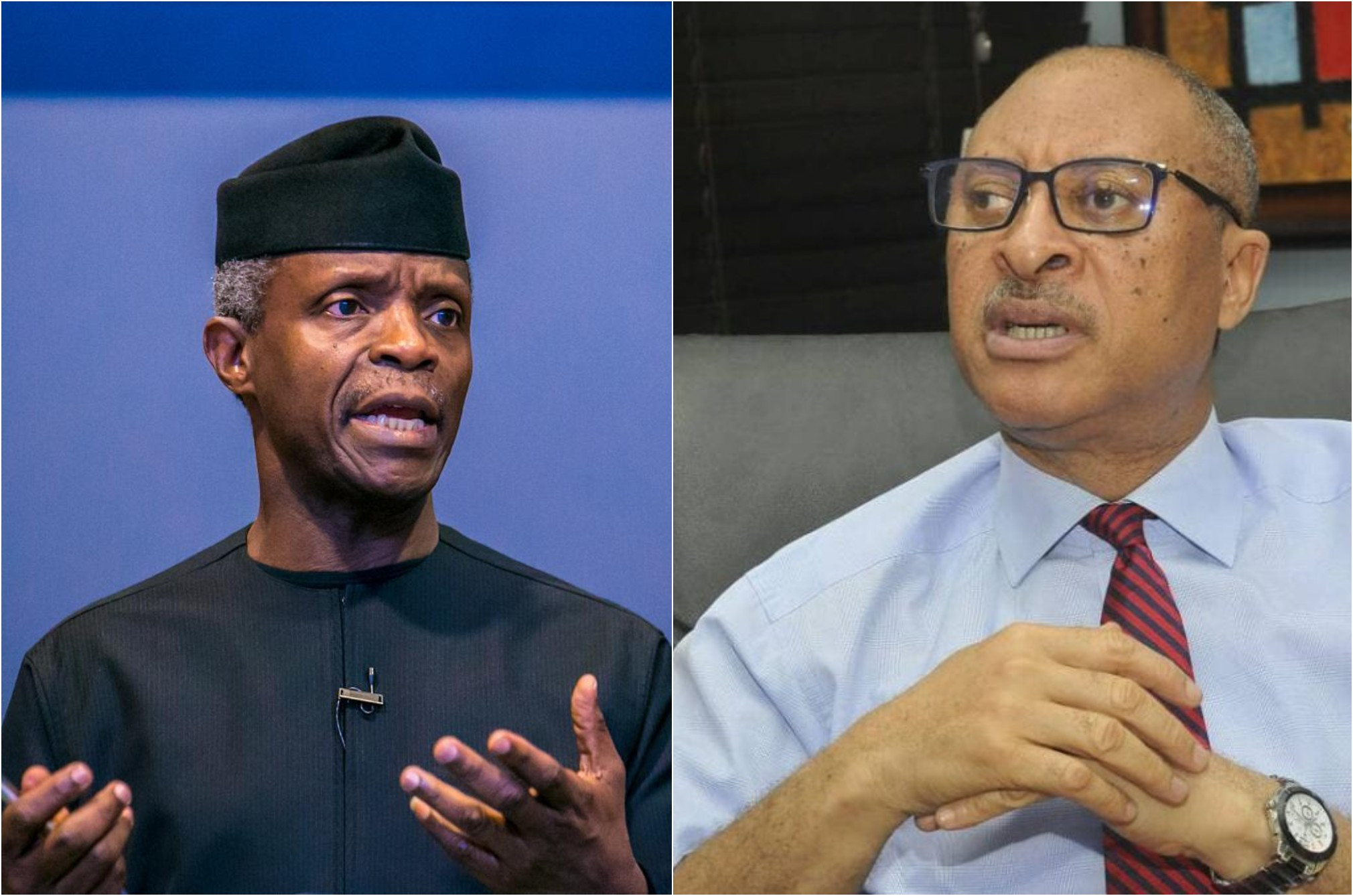 Vice President of Nigeria, Professor Yemi Osinbajo has revealed that the All Progressives Congress (APC)’s manifesto was drafted at the residence of Prof Pat Utomi in 2014.

Osinbajo disclosed this at the 5th edition of Airtel Touching Lives in Lagos.

According to the statement released by Osinbajo’s Senior Special Adviser on Media and publicity, Laolu Akande, it explained that Yemi and one Mr. Wale Edun met at Pat Utomi’s house to write some portions of the manifesto. It said that they included a social safety initiative to specifically address poverty, among other things in the party’s manifesto.

The statement read; “Listening to each story of a life touched this evening must remind us of the many others who need our help, our comfort and our kindness. The poor and vulnerable always need a voice.

“In 2014, Mr. Wale Edun, Prof. Pat Utomi and I met at Pat’s home to write portions of the manifesto of the APC. We all agreed that a fundamental pillar of our party’s plans must be to create a social safety net for the people. We were convinced that the government owed a duty to the poor, the weak, the vulnerable and those who cannot work.

“Social safety nets are not merely acts of sovereign kindness; they are a sovereign obligation – a responsibility.”

The All Progressives Congress is a political party in Nigeria, formed on 6 February 2013 in anticipation of the 2015 elections. APC was formed as a fusion of three political parties – Action Congress of Nigeria, All Nigeria Peoples Party and Congress for Progressive Change.