What Nsirim told workers about Wike 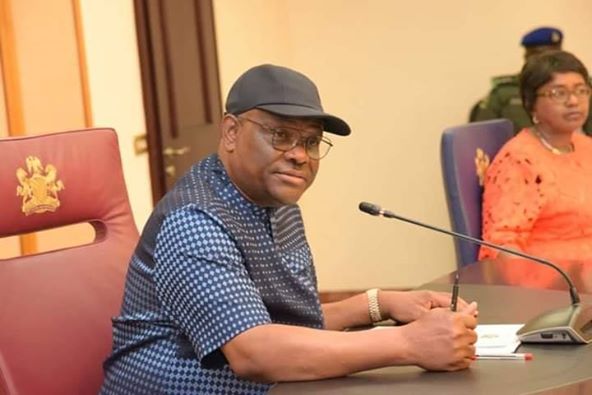 Rivers State Commissioner for Information and Communications, Paulinus Nsirim, has informed staff in his ministry that the State Governor, Nyesom Wike, had an all encompassing blueprint for for the development of the State.

He made the declaration on Monday at a thanksgiving service in his office.

“If you see the document, you’ll know that His Excellency had taken his time to articulate his vision for Rivers people, and he has been implementing it”, he said.

The commissioner continued that towards achieving the blueprint, the governor ensured that whatever promises he made to Rivers people were fulfilled in record time.

“He is one governor who would not give you a promise that he’ll not fulfill. He’s not keeping abandoned projects. We’re lucky to have such a leader at this time in history”, he said.

In order to reap from the leadership, therefore, the commissioner called on staff of the Ministry to key into his vision.

“We in the Ministry of Information need to gird our loins. The times call for extra sacrifice, like I told those in the parastatals.

“It’s a time for creativity and innovation. If you’re not creative, you wouldn’t be part of the agenda of this Ministry”, he said.

He, therefore, charged the staff to build themselves to the point of strategically beginning to show the world that “this is a ministry with potentials”.

Highlight of the occasion was the presentation of an award to the commissioner by members of the planning committee, for being what they called “a godly and good leader” to the ministry.

The Permanent Secretary, Ibiwari Clapton-Ogolo, presented the plaque to him.