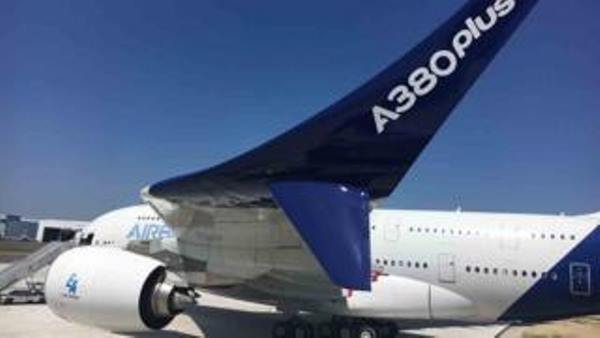 Airbus bribed public officials and hid the payments as part of a pattern of worldwide corruption, prosecutors said on Friday as the European plane maker agreed a record US$4 billion settlement with France, Britain and the United States.

The disclosures, made public after a nearly four-year investigation spanning sales to more than a dozen overseas markets, came as courts on both sides of the Atlantic formally approved settlements that lift a legal cloud that has hung over Europe’s largest aerospace group for years.

“It was a pervasive and pernicious bribery scheme in various divisions of Airbus SE that went on for a number of years,” US District judge Thomas Hogan said.

The deal, effectively a corporate plea bargain, means Airbus has avoided criminal prosecution that would have risked it being barred from public contracts in the United States and the European Union – a massive blow for a major defence and space supplier.

Airbus has been investigated by French and British authorities for alleged corruption over jet sales dating back more than a decade. It has also faced US investigations over suspected violations of US export controls.

“In reaching this agreement today, we are helping Airbus to turn the page definitively” on corrupt past practices, French prosecutor Jean-Francois Bohnert said.

The US Department of Justice said the deal was the largest ever foreign bribery settlement.

In a packed hearing at London’s Royal Courts of Justice, an Airbus lawyer said the settlements “draw a clear line under the investigation and under the grave historic practices.”

Outlining detailed findings, the UK’s Serious Fraud Office (SFO) said Airbus had hired the wife of a Sri Lankan Airlines executive as its intermediary and misled Britain’s UKEF export credit agency over her name and gender, while paying US$2 million to her company. The airline could not be reached for comment.

On defence deals, Airbus hired and disguised payments to a close relative of a government official in Ghana with no aerospace experience in connection with a sale of military transport planes, the SFO said. Ghana’s government could not immediately be reached.

Court filings in Britain and the United States outlined efforts to keep relationships and payments secret, including the use of code names such as ‘Van Gogh’ and payments described as “medications and dosages prescribed by Dr Brown.”

AirAsia officials have strongly denied any wrongdoing in connection with the 2012 sponsorship agreement between the Caterham Formula 1 racing team and Airbus’ then parent EADS.

Garuda and Citilink did not immediately respond to requests for comment. TransAsia went bankrupt in 2018.

The US court documents outlined bribery and lavish hospitality involving plane sales to China.. French and US prosecutors said the settlement covered Airbus only as a company and any current or former employees involved in related crimes could still be open to prosecution.

“With this settlement we’ve completed a first phase … we are now going to have to examine individual responsibilities,” French prosecutor Bohnert told reporters.

The UK’s SFO last year abandoned attempts to prosecute individuals following what was then a record bribery settlement with engine maker Rolls-Royce in 2017.

At the centre of the Airbus case was a decades-old system of third-party sales agents run from a now-disbanded headquarters unit that at its height involved some 250 people and several hundreds of millions of euros of payments a year, sources familiar with the matter have said.

Airbus has said it halted payments in 2014 after discovering false statements on the use of agents to Britain’s’ export credit agency and later took its findings to UK authorities.

An internal investigation, which racked up legal bills of around €100 million a year, led to a board-driven clearout of top management and plunged Airbus into years of self-examination, hampering its sales efforts.

The probe also triggered an internal row over responsibility for lapses, with Airbus employees insisting they had no control over the choice of agents or offset deals handled under a separate entity, EADS, the former Airbus parent company.

Others say the system, whose roots go back decades to an era when payments to win deals were tolerated and tax-deductible, was an open secret in the company and French political circles where it was intertwined with influence-building abroad. – Reuters