Social media bill was to sanitize not to stifle - Lai Mohammed 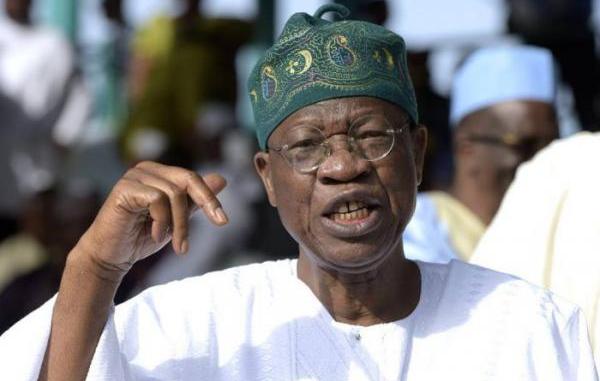 Minister of Information and Culture, Lai Mohammed, has recanted his statement, saying that the attempt by this administration to sanitize social media is not to stifle the media, days after denying knowledge of the existence of the Social Media Bill.

The minister had denied the existence of the bill during an interview with DW’s Tim Sebastian.

The Minister stated this in Abuja on Monday when he received the Finnish Ambassador to Nigeria, Dr. Jyrki Pulkkinen, and the Ambassador of Innovation of the Foreign Affairs Ministry of Finland, Mr. Jarmo Sareva, who were on an advocacy visit to promote the ideals of the Freedom Online Coalition.

He said the government’s response to the ”irresponsible use of the social media to promote fake news and hate speech by some unscrupulous individuals,” is to work with stakeholders to device a mechanism to sanitize the social media, without stifling press freedom or infringing on the rights of individuals.

“Our attempt to sanitize the social media is not at all an attempt to stifle the media and I want to make this very clear.  As we speak today, we will be meeting later in the month with leaders of the media, civil society, security and other stakeholders on how to sanitize our social media and make it safe for all. We, especially in this ministry, have watched with some trepidation the social media front and we have seen how some people try to abuse this platform to cause disaffection, especially by pushing fake news and hate speech,” he said

Speaking further, the Minister said; “I make bold to say that this administration, in particular, has no intention and does not tamper with the freedom of speech or freedom of individuals”.

Recall that over the weekend, a video showing the Minister denying knowledge of the ‘Protection from Internet Falsehood and Manipulations Bill’ which is now known as the “Social Media Bill” during an interview in London with DW’s Tim Sebastian, surfaced online.

During the interview, Sebastian pointed out that the bill has some draconian provisions in which journalists can be imprisoned for publishing content. In his defence when asked if he is against the bill or not, Lai Mohammed asked Tim who the author of the bill is and that he is not aware of the bill.

Sebastian who wondered why a Minister of Information will not know if such a bill exists, fired back by stating that the bill is causing an outcry internationally. Lai Mohammed however vehemently stated, “there’s no such bill before the house, I can say that with relative authority”.