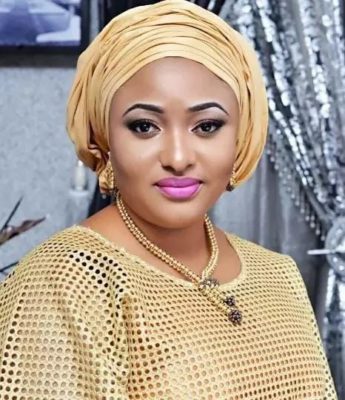 The about 400 beneficiaries drawn from the 21 Local Governments in the State were unhappy over their inability to access funds and tools which organisers had allegedly promised to give them at the end of the programme.

The STEP UP skill acquisition training programme is an intiative of Her Excellency Mrs. Dolapo Osinbajo, wife of the Vice President, with support from Kogi State Governor’s wife, Rashida Bello.

It was conceived to compliment the All Progressives Congress, APC, Social Investment Programme, SIP and has been carried out in 21 states with Kogi being the 22nd. Participants were given basic training in sewing and soft furniture.

After a difficult selection process, the training took place inside the Amusement Park and participants enjoyed free lunch for the period. On graduation they had hoped to receive a starter pack as in other states, to enable them practice the skills they have acquired.

Miss Joanna Boma Osigwe who represented wife of the Vice President and coordinated the programme had encouraged participants not to sell the tools that will be given to them on graduation, but to put them to judicious use.

The participants were however disappointed on graduation day when they did not receive the starter pack believed to comprise sewing machine and a token take-off grant.

In no time they became unruly chanting “we no go gree oh, we no go gree…” a popular protest song. They accused office of the governor’s wife represented by an aide Sandra of complicity in their travails.

As the protesters were getting restless, Kingsley Fanwo, the Commissioner for Information called for calm noting that their grievances would be addressed. Chief Edward Onoja, the Drputy Governor eventually arrived the hall to intervene.

He assured the protesters that no one was playing games with their entitlements and promised that government will defray their cost of transportation.

The beneficiaries who were eventually given N5,000 each for transportation to their respective destinations, left the Government House disappointed that they could not get the starter packs.

When the office of the governor’s wife was contacted, Mrs Adesoro Olamide, the Senior Special Assistant Media denied the allegation of anyone plotting to short change the beneficiaries.

She said the programme as planned in Abuja was limited to training and did not include cash and equipment donations.

She however explained that Mrs. Bello still had plans to empower the participants and that they would be contacted once all arrangements were concluded.

The aspiring beneficiaries had about two weeks ago protested during a screening process accusing some interests in Mrs. Bello’s office of hoarding forms and preventing genuine applicants from taking part in the programme.