Women should be given more opportunities - Amaechi 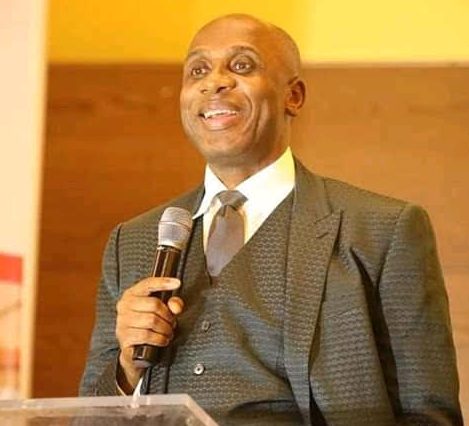 Nigeria’s Minister of Transportation, Rotimi Amaechi says women should be given more of the empowerment opportunities made available by the Federal Government as they are good managers of resources.

Amaechi made the assertion during the empowerment of Women and Youth programme in Rivers State by the National Directorate of Employment NDE and the Office of the Minister of State for Labour and Employment.

He said, “5000 persons will be given loans without interest. Between N100,000 to N5 million. What it means is that both male and female will receive this money to do business. Out of the 5000 names, let’s give 3000 women, because they are good managers.

“I didn’t say free loan, I said interest free loan. It means that you’ll pay back. We must see your business plan or proposal, we must see how it works and know whether we’ll be able to recover the money. Why we say no interest is so that you’re not put under pressure.”

The minister expressed gratitude to President Muhammadu Buhari for the initiative of empowering Rivers people with business loans and vocational skills acquisition.

“We are grateful to the honourable Minister of State for Labour, the DG, NDE and the President. They have told me how much they are bringing into Rivers State, N750 million naira, anybody who cannot manage it cannot manage anything…its the first lesson we should learn, that’s why I said out of the 5000 names, we should look for 3000 women, not because they are women, but because they manage better.

“Then there are 30 persons that will be trained per LGA by the NDE and they will be attached to Artisans to work with, and the Federal Government will be paying you directly at the end of the month,” he said.

Amaechi appealed that the intervention should not be carried out solely along party lines, but extended to everybody in the state. “Let’s involve everybody, don’t do Party, because the President’s intention is not just to lift APC members, but to lift PDP members as well as other Nigerians. Here in Rivers State, there are as many PDP members that are hungry, as there are APC members that are hungry, let’s carry them along.”

Speaking at the event, Minister of State for Labour and Employment, Festus Keyamo SAN said the greatest employment is self employment. He expressed the President’s passion to empower Nigerians, particularly the very poor through the scheme.

“This is one of the very many programmes by which the President has given us marching orders to ensure that millions of people are lifted out of poverty every year. In the Federal Executive Council, any memo that comes to FEC, the first question the President asks is how many jobs will this create for Nigerians? That is how concerned the President is about the people. This is the first government in so many years that is so concerned about the people in the lowest rung of the ladder and that is why the President has targeted the very poor of the poor. This is why we are giving out loans for people to start macro, small and medium scale businesses.

“The Honourable Minister of Transportation insisted that we must come to Rivers State, don’t forget that there states who have not received, it is the doggedness and tenacity of the Minister that has brought us here today,” Keyamo said.

Also speaking, Director General of the NDE, Dr. Nasir Mohammed Ladan said, “what we are going to do today is only the beginning of what we would do in Rivers State. Our target is 25,000 and we will achieve it.”

In addition to the skills acquisition, monthly payment of those being trained and the macro credit facility, 10,000 persons would also be given N10,000 each for small businesses.