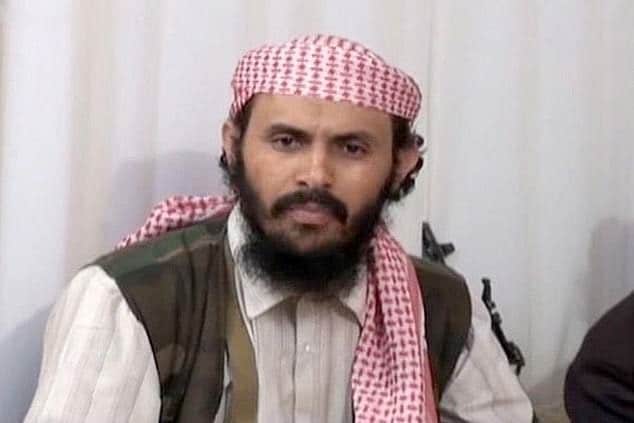 Qassim al-Rimi: killed by US drone

The White House announced on Thursday, that US counterterrorism operation in Yemen had killed Qassim al-Rimi, the head of al-Qaeda in the Arabian Peninsula (AQAP), the first official confirmation since a drone attack on 25 January.

“At the direction of President Donald J. Trump, the United States conducted a counterterrorism operation in Yemen that successfully eliminated Qasim al-Rimi,” the White House said in a statement.

“His death further degrades AQAP and the global al-Qa’ida movement, and it brings us closer to eliminating the threats these groups pose to our national security.”

The Trump administration gave no further details about the killing or the military operation.

The tribal leaders said the drone strike took place in the Wadi Ubaidah area in the eastern province of Marib. The area is known as a stronghold for al-Qaeda in the Arabian Peninsula, or AQAP, as the Yemeni affiliate is known.

They said at least three explosions rocked the area, and that the building was set ablaze.

Thursday’s statement was the first official confirmation by the White House.

Rimi was previously targeted by Trump in February 2017 when the first raid ordered by the new president was against the AQAP chief. That raid failed and left 23 civilians, including an 8-year-old US citizen, dead.

Rimi had led AQAP since his predecessor Nasser al-Wohaishi was killed by a drone strike in 2015.

In the ongoing conflict between Yemen’s Houthi rebels and the Saudi Arabia-backed government, AQAP has supported the Yemeni government, whose president and prime minister live in exile in Saudi Arabia.

Still, the Yemeni government has denied that its forces fight alongside AQAP.

“The Yemeni government does not want to admit that AQAP militants fight with pro-government forces, so as to avoid the international sanctions of supporting al-Qaeda,” Ibrahim al-Yasri, an independent political analyst for the Yemen Media Guide Centre for Development, previously told Middle East Eye.