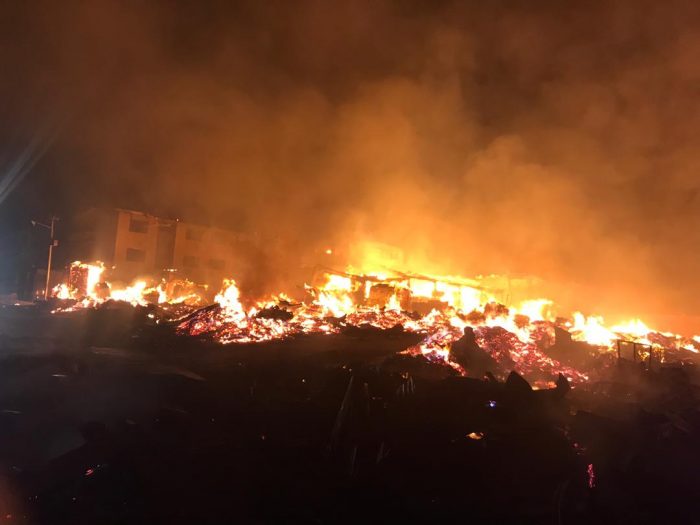 A part of Atakumosa Central Market, Adeti in Ilesha, Osun State, was gutted in fire in the early morning hours of Tuesday destroying goods worth millions of naira.

The inferno which started around 1 am affected several shops located at the entrance of the market but was later subdued through the combined efforts of the police and firemen.

Administrative Officer of Osun State Fire Service, Fatai Aremu, told our correspondent that despite early response to the distress call, barriers at the entrance of the affected shops did not allow the firemen access.

Aremu said the damage caused by the fire incident was severe, as he claimed that the cause of the incident had not been ascertained.

Osun Police Command, while reacting, said men were deployed in the scene of the incident to prevent looting immediately it was informed of the inferno.

The command spokesperson, Folasade Odoro, told our correspondent that no life but confirmed that several shops were razed.

She said the command got informed of the incident and mobilised to the scene around 1:20 am, adding that the cause of the fire had not been known.