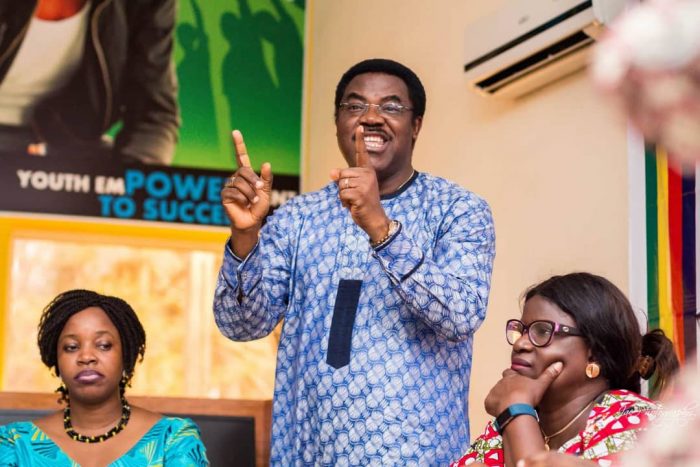 The hope of the South West to produce the next President of the Nigerian Bar Association (NBA) became brighter during the weekend as Egbe Amofin ni Eko, the Lagos branch of the Egbe Amofin Oduduwa agreed to comply with decision of the umbrella body in its choice of Dele Adesina SAN as its candidate for the presidency of the largest bar in Africa in the 2020 elections.

The chairman of the group, Otunba Martin Ogunleye disclosed this at the meeting of the Egbe on Sunday February 9 in Lagos. “We are true sons and daughters of Oduduwa and we stand on the decision of Egbe made in Ibadan over the endorsement of a single candidate. Another meeting of the Egbe is only 13 days away. Any aggrieved candidate should approach Egbe. But for us, we stand on the decision of the mother group”, Otunba Ogunleye said.

On Saturday December 14, 2019, Egbe Amofin picked Dcn Dele Adesina SAN out of five contestants as its official candidate for the President of the Nigerian Bar Association (NBA) in 2020.

While other candidates had abided by the decision of the Egbe and stepped down, only on candidate, Mr Babatunde Ajibade SAN has refused to step down, claiming the procedure is not acceptable to him. All entreaties made to him by senior Yoruba lawyers to convince him to respect the decision of the group have not yielded result.

This is as the race of who will succeed the Paul Usoro administration gathers momentum every day.

In the Zoning formula of the Association, the next president is expected to come from the West. Already many candidates have signified their intention to run.

These include an Abuja based lawyer, Chief Muyiwa Akinboro SAN; Mr Awoniyi Alabi, based in Osogbo; Lagos based Dr Tunde Ajibade; Olumide Akpata; and Adesina Ogunlana.

However, the Egbe Amofin leadership, fearing a repeat of the disgraceful loss it suffered in 2014, decided to endorse only one candidate for the presidency of the Association.

Because they could not agree amongst themselves, the three lost to Mr Augustine Alegeh SAN from Edo State. The Egbe Amofin regarded the loss as not only shameful but avoidable.

In order to prevent a re occurrence, the Egbe met in August 27, 2019 in Lagos and decided to re-invigorate and strengthen the union for the common good of South West lawyers.

It was decided that the Egbe would present only one candidate for the presidency in 2020.

The meeting which was chaired by Mrs Kuye, a past president of the association, resolved to unite in the interest of all Southwest lawyers, strengthen the association, and present only one candidate for the NBA 2020 Presidential elections.