Longjang was a peaceful man, committed to Nigerian project - Lawan 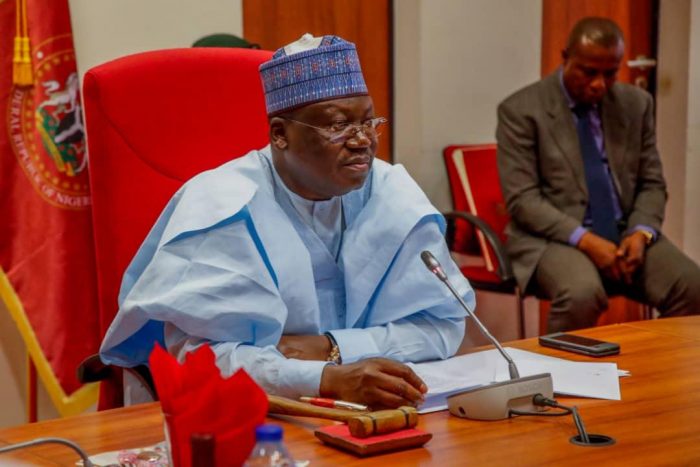 President of the Senate, Ahmad Lawan has said that Senator Ignatius Longjang, until his death on Sunday, was a peaceful man and a bridge builder committed to the Nigerian project.

Lawan paid glowing tribute to Longjang when he led a high power delegation of the Senate on condolence visit to the family of the late Senator in Abuja.

The Senate President was out of Abuja when the incident occurred but on his return to the capital city on Tuesday, from the airport, headed straight to the Abuja home of the late Senator where other senators were waiting for him.

Lawan, on behalf of the Senate, commiserated with the wife of the late Senator, Mrs Maureen Longjang, his daughter, Mikang Longjang and other family members.

“The late Senator Longjang was a peacemaker, a very peaceful person. He proved himself to be a very faithful and loyal person.

“He was committed to the ideals of the Senate. He built bridges. He wanted to ensure that everything went on well. And as one of our elders in the Senate, he was highly regarded and respected. This loss is a loss to all of us.

“Our late colleagues was someone who believed that as a people, we must live in peace. Very peaceful man.

“And haven’t served as a deputy governor once and coming to the Senate after his ambassadorial tours, he was an accomplished leader in his own right but what always endeared him to me was his sense of commitment to the Nigerian project.

“We know from time to time we have disagreement across the country but he would always preach that we must live in peace. We must create understanding. Let there be fairness, equity and justice in all part of the country. He lived and died for that.

“For us in the Senate, this is one lesson, one take away we have to ensure that we stick with. That whatever we do as a Senate and indeed as a National Assembly, we should do so to ensure that every citizen is protected, gets fairness, equity and justice and at the end of the day, just like he wished, this country must prosper,” Lawan said.

The Senate President assured the family members that the upper legislative chamber will be with them during this period of grief.

“We are going to be together. We are going to have the two senators from Plateau working with the family very closely so that we can participate and support the arrangement for his interment,” Lawan said.