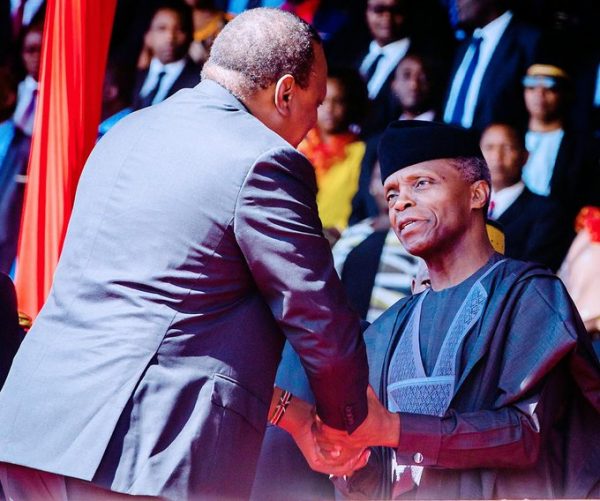 Vice President Yemi Osinbajo said former President of Kenya, Daniel Arap Moi, was one of the foremost leaders of African decolonisation and a founding father of the Common Market for Eastern and Southern Africa (COMESA).

Osinbajo represented Nigeria at the state funeral for the late Moi in Nairobi, Kenya on Tuesday.

He was among leaders who delivered tributes in honour of the departed Kenyan leader.

“Many of us in Africa will remember him in particular for the pioneering work that he did especially with respect to regional cooperation.

“He was, as we have heard, very instrumental in the resuscitation of the East African Community along with President Museveni and others.

“He was also very instrumental in COMESA and even the Intergovernmental Authority on Development, IGAD.

“These are the precursors of the African Continental Free Trade Agreement arrangements we are making today and to which almost every African country has subscribed.

“And it will define the future of trade and relations in Africa,” he said.

President Uhuru Kenyatta of Kenya described Moi as a peace-builder, an educationist and nationalist.

He said Moi worked with his father, Jomo Kenyatta, to ensure the socio-political and economic development of Kenya.

Other leaders who paid glowing tributes to the late former President, included Presidents Paul Kagame of Rwanda and Yoweri Museveni of Uganda.

Late Moi was the second and longest-serving President of Kenya, from 1978 to 2002.