Nigerian brothers the Osundairos ready to testify against Jussie Smollett 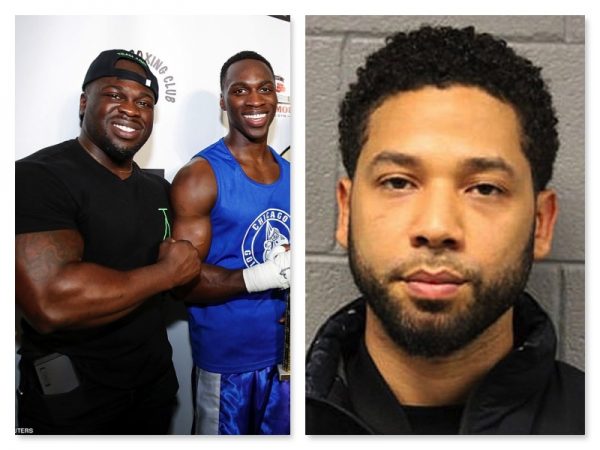 The Osundairo brothers, Abel and Ola and Jussie Smollett

The Nigerian brothers, Abel and Ola Osundairo, at the centre of the Jussie Smollett ‘hoax’ attack scandal said they are prepared to testify at his trial and that they will not feel vindicated unless the Empire actor is found guilty of lying to police.

According to Daily Mail, the brothers expressed their readiness to give testimony via their lawyer, Schmidt Rodriguez.

Smollett was charged on Tuesday with lying to police in a six-count, grand jury indictment which revived the case against him. Last year, he was arrested after claiming to have been the victim of a racist, homophobic attack in Chicago. He iss now due in court on 24 February.

The Osundairo brothers, who knew Smollett, said he paid them to stage the attack against him and that they went along with it for $3,500, not knowing the media storm it would create.

Smollett’s attorneys, over the last year, have accused the brothers of lying.

The 37-year-old star was charged but the case was dropped by State’s Attorney Kim Foxx in a decision that shocked and outraged the local police department.

On Wednesday, a day after Smollett was charged by a special prosecutor who was assigned to take over the messy case last August, the Osundairo brothers’ attorney Gloria Schmidt Rodriguez told DailyMail.com neither she nor they were surprised by the indictment.

She said they had been cooperating with special prosecutor Dan Webb’s office and that the brothers would testify for either side if the case goes to trial.

Remarkably, they do not hold ‘any ill-will’ against Smollett himself but, she said, they ‘hope he can be honest’.

‘They have no ill will towards Mr Smollett. They really feel like their role in this now is to be honest about what they know.

‘They hope he can be honest about what he knows,’ she said.

Schmidt Rodriguez said they do not yet feel vindicated of accusations by Smollett’s attorneys that they had made up the ‘plot’ that he paid them, and said they want to see it play out in court.

‘They don’t feel vindicated. A real vindication would be when a court of law says, ‘OK Mr Smollett – you were guilty of lying.’ At that point they would,’ she said.

The brothers last year filed a lawsuit against Smollett’s attorney, Tina Glandian, after she went on Good Morning America and a podcast to accuse them of lying.

Glandina also suggested that they trafficked Nigerian steroids and that Abel, the younger brother, spent the night at Smollett’s apartment.