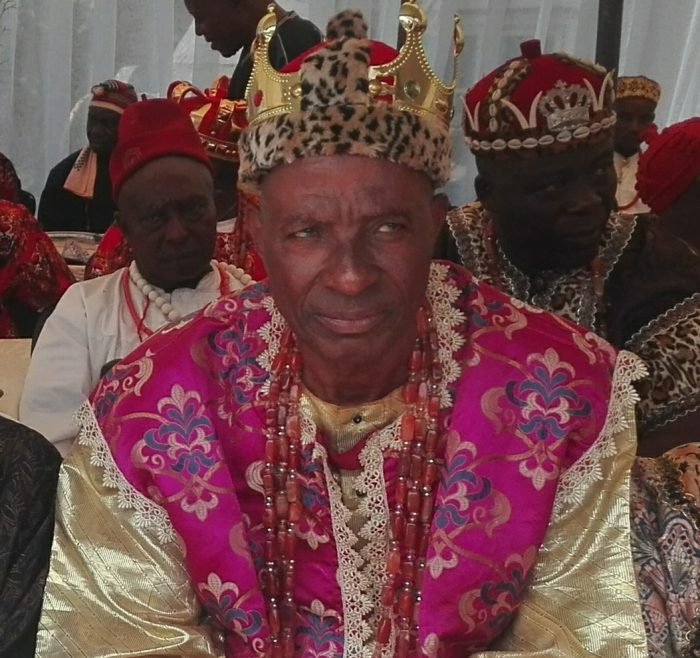 The traditional ruler of Nibo, Anambra State, Eze Oploka of Nibo, has described the leader of the Indigenous People Of Biafra (IPOB), Nnamdi Kanu, as a hero.

The royal father said this while speaking with our correspondent at the ongoing burial ceremony, Israel Okwu Kanu and his wife, Ugoeze Meme Sally, the late parents of Nnamdi Kanu.

He described the late Monarch as a family man who gave birth to children with reputable character.

“His Royal Majesty, Kanu, was a man of reputable character. There was peace in the town during his tenure of ruling. That is why everything is moving smoothly, as you can see for yourself.

“He gave birth to children of reputable character, like Nnamdi Kanu we are all talking about. He is a hero in the whole world.

“Now, he is speaking seriously about Biafra, which we all know has been in existence for over 50 years. Now, it’s surfacing. What God has built, no hand cam destroy it.”

Eze Oploka noted that the struggle for the actualisation of Biafra claimed the life of the departed king.

“The Eze as we know him, he didn’t die young, although the talk about Biafra took his life and that of his wife.

“He was a family man and his children are highly intelligent. That is why you see Nnamdi Kanu pulling weight all over the world with the truth. All he is saying is nothing but the truth.

“That is why we the kings came to pay him the last respect, and we pray that wherever he is, he will remain ever in green memory, and he cannot be forgotten. While he was alive, he brought peace to this town,” he said.