Oluwo beats up another monarch over land dispute 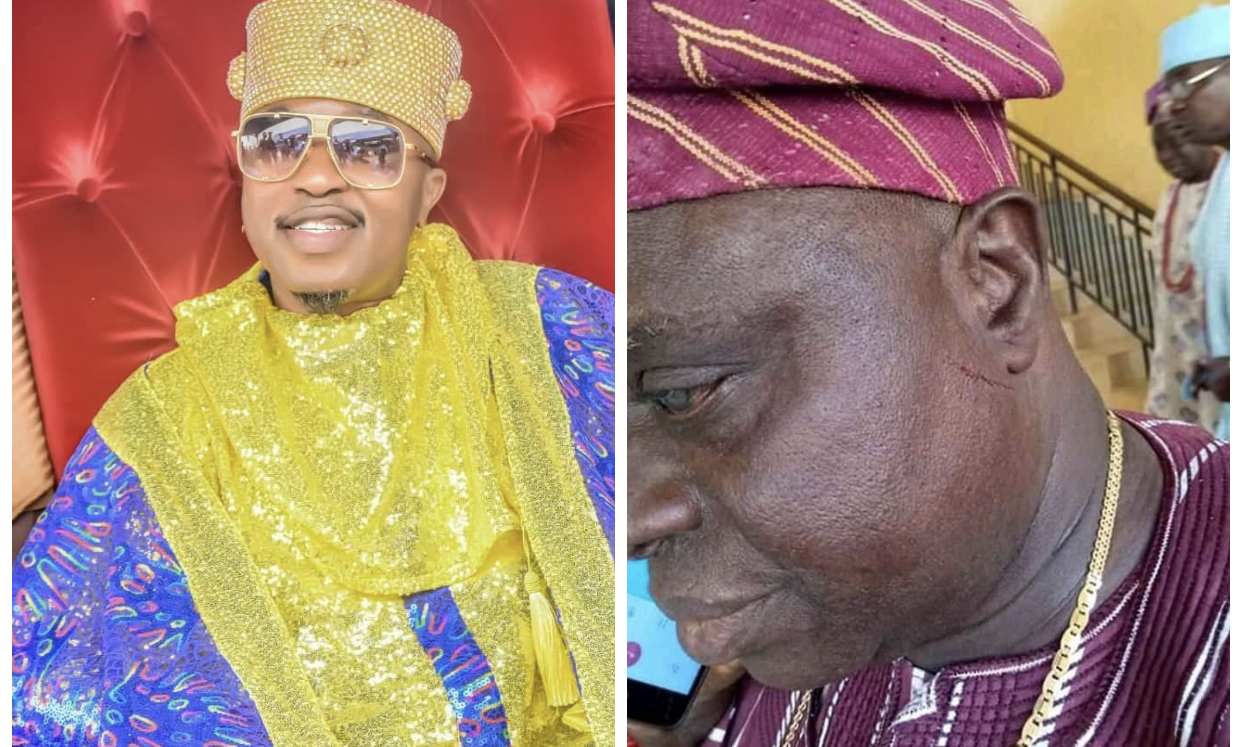 Telu and Olu of Ile Ogbo

Pandemonium broke out at the office of the Assistant Inspector-General of Police (AIG), Zone 11, Osogbo, Osun State, on Friday when the controversial monarch, Oluwo of Iwoland, Oba Abdrosheed Akanbi, allegedly beat up another monarch, Agbowu of Ogbagbaa, Oba Dhirulahi Akinropo.

The incident occurred during peace meeting to resolve a land tussle among royal fathers within the Iwo axis, where the AIG Bashir Makama had summoned the royal fathers.

It was gathered that during the meeting where other monarchs, top police, and government officers were present, that Oba Akanbi allegedly rose up from his seat and descended on Oba Dhirulahi Akinropo, Agbowu of Ogbaagbaa town, inflicting injury on him.

Speaking to journalists on behalf of other monarchs at the General Hospital, Asubiaro, Osogbo, where the assaulted monarch was receiving treatment, the Olu of Ile-ogbo, Oba Agbaje Adetoyese, said that the development came as a rude shock to the people at the meeting.

He said such act was strange and alien to the tenets of the traditional institutions in Yoruba land.

He also called on Governor Adegboyega Oyetola to caution Oluwo to avoid a break down of law and order in the area, adding that the Oluwo was threatening other monarchs at the meeting even after the unfortunate incident.

He said: “This is indeed bestial conduct that is highly unbecoming of an ordinary individual, let alone a royal father. How could a monarch of Oluwo status descend so low to the level of physically assaulting another king in the presence of AIG; this is strange, to say the least.

” He just stood up from where he was sitting without any provocation and started beating a revered monarch from Ogbaagba, it was the AIG himself that rescued the monarch from him.

“We are calling on Governor Oyetola to quickly suspend Oluwo with immediate effect, keeping him on that throne portends great danger to other kings and the state at large”.