Bayelsa: Buhari refused to interfere with the judiciary - Presidency 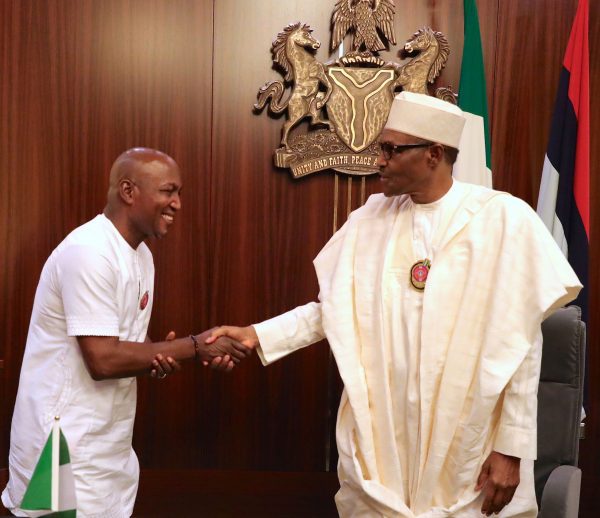 The Presidency has said that President Muhammadu Buhari refused to interfere with the judgment of the Supreme Court, annulling the victory of his party in Bayelsa state.

The Supreme Court on Thursday sacked the APC governor-elect in Bayelsa State, David Lyon after some irregularities were uncovered in the credentials of his running mate, Biobarakuma Degi-Eremienyo.

The apex court, however, annulled the joint ticket of both Lyon and Degi-Eremienyo and pronounced the Peoples Democratic Party’s candidates, Douye Diri, and his deputy, Lawrence Ewrujakpor, as the winners of the November 2019 governorship election held in the state.

The Supreme court also ordered the Independent National Electoral Commission to issue fresh certificates to the candidates of the party with the next highest votes and with the required constitutional spread of votes in the results of the election, which is the PDP’s Diri and his deputy governor-elect, Lawrence Ewrudjakpo.

However, INEC complied with the verdict of the Supreme Court on Friday morning by issuing a Certificate of Return to Diri.

In the same vein, the Chief Judge of the state on Friday evening administered the oaths of office on Diri and his deputy.

Shortly after the inauguration on Friday evening, an aide to the President on Social Media, Lauretta Onochie, praised her principal, President Muhammadu Buhari, for refusing to interfere with the Supreme Court judgment sacking the candidates of his party, the APC, in the Bayelsa State governorship poll.

Onochie wrote on Twitter; “Done and Dusted. Bayelsa Governor-Elect, Sen. Douye Diri and Deputy, have been sworn in as Governor and Deputy Governor of Bayelsa in Yenagoa. The Supreme Court has spoken. Bayelsans have moved on.

“I salute the Courage of @MBuhari for refusing to interfere with the judiciary.”