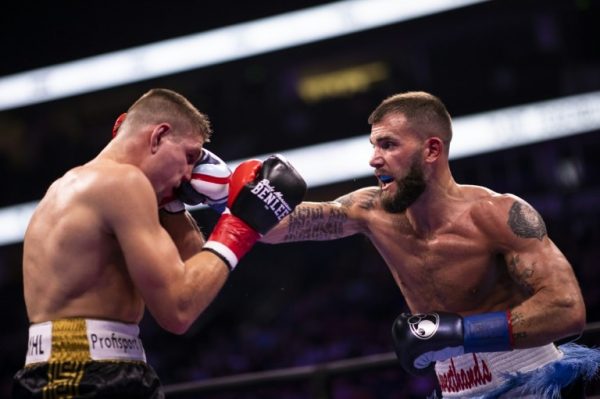 Caleb Plant too much for Feigenbutz

American champ Caleb Plant stopped journeyman boxer Vincent Feigenbutz in the 10th round of the one-sided fight to retain his IBF belt in front of his hometown fans in Nashville, Tennessee on Saturday.

Plant was in control from the opening bell of the super middleweight fight, winning every round against the German challenger before referee Malik Waleed stepped in and stopped the beatdown at the Bridgestone Arena.

Plant improved to 20-0 with 12 knockouts as he landed over 200 punches compared to just 47 landed for Feigenbutz.

Plant came into Saturday’s fight after defending his title against another subpar opponent, Mike Lee, who he stopped in the third round in Las Vegas last July.

Plant says he is frustrated that he can’t get the fight he wants.

“Everybody knows I want that unification fight with (WBC titleholder) David Benavidez,” Plant said. “You know who the best 168-pounder is. I’ve been wanting that fight, I’ve been asking for it, and I’m tired of waiting for it.”

Feigenbutz, 24, showed plenty of grit and determination but dropped to 31-3 in his first fight outside of Europe.

The deeper it got into the fight the more it became target practice for the champion, who appeared to break Feigenbutz’s nose in the ninth round.