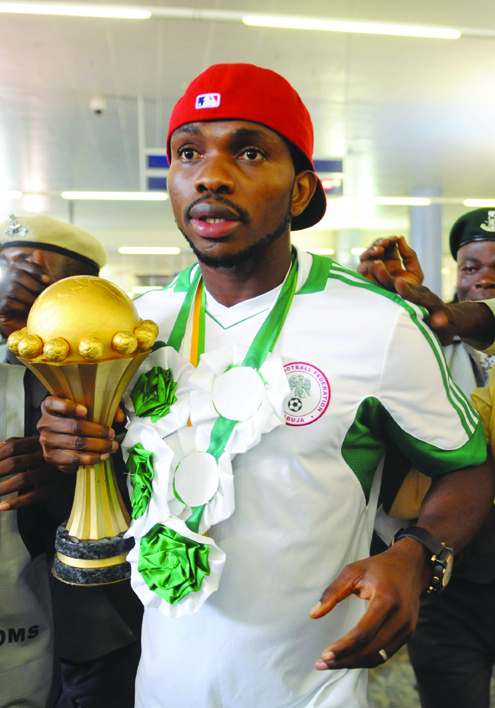 Joseph Yobo : back for Super Eagles

Mixed reactions have trailed the decision to replacing Imama Amapakabo with Yobo, a former captain of the national team, as Gernot Rohr’s assistant.

The decision was queried by the NFF manager Gernot Rohr, stating that Imama Amapakabo, former Enugu Rangers coach, did well during his time as his assistant.

“I don’t know why Amapakabo has been removed. I worked very well with him. He did a very good job with me.

“I regret his departure. But since the NFF has the right to take this decision, there is nothing that I can do about it,” Gernot Rohr had said.

Even some of Yobo’s fellow ex-internationals questioned the 2013 AFCON winner’s experience and qualification for the Eagles job.

Concerning Yobo’s lack of coaching licence, Gernot Rohr had said: “If what I have heard is correct, I will tell Yobo that he needs to do the training required, to grow as a coach.”

But Pinnick said Yobo’s appointment was a unanimous decision of the NFF’s Executive Committee.

“The NFF is very excited with his appointment and will take it as a responsibility to ensure that he gets the requisite (coaching) qualifications at the highest level,” Pinnick told Sunday Punch.

“That’s how Stephen Keshi started. Who says Yobo can’t be the next Nigerian to win the AFCON as player and coach?

“The idea is that we want to nurture and condition him to provide leadership and mentorship for the young team, using the Nigerian factor, which Gernot (Right) cannot provide.

“He’s played for some of Europe’s big clubs, won the AFCON and he is one of our most-capped players ever. So, we should back him to succeed.”

“When Yobo was at Everton, Arteta was on the bench. But he began his coaching career as an assistant at Manchester City when he retired. Today, he is the Arsenal manager and one of the top coaches in England. So, we should learn to support our own.

“Are we going to keep relying on foreigners all the time?”