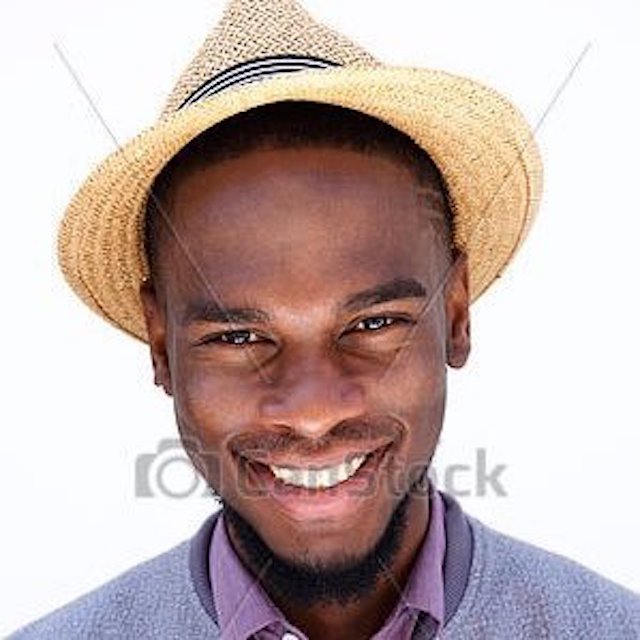 A Nigerian, identified simply as Chinedu has been thrown into a controversy over a now deleted Twitter account supporting the candidacy of former mayor Pete Buttigieg, a Democrat running for the White House.

The Nigerian had tweeted @easyChinedu “It’s Lis,’ when he is not the real Lis Smith, Buttigieg’s campaigns senior communications adviser. Suspicions arose whether Chinedu was fronting for Lis Smith and secretly running the account for her.

Just so everyone knows, I am a Nigerian man, and Lis Smith is an honest and upstanding person who isn’t trying to ratfuck this election to screw people out of healthcare to protect billion dollar lobbies. She’s cool.

Slate got in touch with Chinedu, the man behind the (now-deleted) account in question, @easychinedu. After video chatting with Chinedu (who asked us not to use his last name so that he might attempt to salvage some degree of privacy) and asking him some questions about his big day online, Slate feels comfortable saying definitively that, unless Pete’s campaign possesses some incredible CGI technology, this man is not Lis Smith. And he has a plausible account of why he seemed to tweet out that he was. This interview has been edited for length and clarity.

Ashley Feinberg: So, how’s your day been?

What did you first think when people started accusing you of being Lis Smith?

Yeah, it was kind of funny because, you know, you can clearly hear my voice, I’m not Lis Smith. So I thought it was just a joke because this guy, David Klion, he asked his followers to follow me, because apparently I was a sock puppet account that Smith was apparently controlling, you know. And then they’re going through my tweets, and there were tweets that I made that said, “Hi, I’m Liz,” or something like that. It felt like they were really reaching.

So just to be clear, are you affiliated with the campaign in any way?

No, no, I’m not affiliated with the campaign. It said that on my bio, but I had to deactivate my account. I’m just a supporter of Pete. I like Pete. I think he’s the best candidate running. And that’s all. I just tweet about Pete.

Have you ever spoken to Lis Smith?

Yeah, just any communication with her.

No, no. I did tweet out to her and she said “Thanks,” I think once. But I think that’s the most of it.

And about that one tweet where you said “Hey. It’s Lis”—can you just explain what that was?

Yeah. So basically, if you follow the Pete campaign, they have something they call like the phases. Phase One is, like, getting Pete known. Phase Two was building the ground organization. And then Phase Three was striking contrast, I think. I’m not 100 percent sure. But that was when Pete started making contrasts with Elizabeth Warren about Medicare. And then Phase Four was pretty much about getting out the vote. That was just before the Iowa caucus.

And essentially what happened was I read a campaign email on Twitter that said, “I’m Liz. You know, this is Phase Four.” And, you know, in the Team Pete community, everybody has been waiting for Phase Four because Phase Three was in October or something. So when this came out, everybody was excited, you know, so I was just having a little fun and joking about it, trying to rally the troops to get out and phone bank.

So you were just mimicking what was in the email, basically?

Yeah. I mean, I didn’t say much. I just said, “Hi, it’s Lis Smith. It’s time to leave it all out”—you know. The way she phrased it was kind of interesting to me. So I thought it would be funny. And obviously the people that I follow on Twitter know that I’m not Lis Smith. So it was kind of just a joke for other supporters. But then, you can imagine, I just get back to Twitter after a few hours and everyone’s saying I’m Lis Smith or, you know, that Lis Smith is controlling me or it’s a fake Nigerian account. I can assure you that this is Nigeria and I’m supporting Pete.

How come? Why are you such a big Pete fan?

Well, I think he’s very intelligent. He’s very compassionate, I think. I don’t know. I watched one of the town halls he did on YouTube, and I thought it was really great. I just think he’s a really good candidate. There’s no real explanation. The thing is, if you really dig in, you’ll see that there are a bunch of international supporters of Pete. If you check—well, it’s unfortunate I had to deactivate my account—but if you check the people I follow, most of them are international supporters of Pete. People from other parts of Africa, someone from Ireland, someone from Scotland, someone from the Netherlands. So there are people that support Pete. It’s just that I’m very… I guess, vocal, right?

I guess it is kind of strange, and I understand where the controversy comes from, because it’s like, there’s this Nigerian account that’s tweeting about a very specific candidate from in the U.S. But it’s okay. I just hope it dies down.

When did you first start getting into Pete?

Oh, I started following Pete last January, I think, or maybe February, I guess. It was before he launched. I had been using my business Twitter account to tweet, but then I thought it wasn’t professional. So I started using my own. I created an account. I don’t emember when, maybe July or August, or sometime in September. But anyway, the point is, I’ve been following Pete for pretty much a year. It’s just a combination of following someone and, you know, checking out what they are doing and his improbable rise. And it’s just interesting to me to to follow that.

I should point out that I used to live in the U.S. So it’s not like I’m just coming at this from nowhere. I went to college in the U.S.

That’s a good question. That’s a good question. Well, let’s put it this way. In 2016, I liked Bernie. But I don’t know, I think that after Pete, it’s really tough, you know? It’s really, really tough. I would support any other candidate to beat out Trump. But I don’t know. I think Pete is kind of a unique candidate. It’s hard to say, I still would supportwhoever gets the nomination.

So who knows, if Biden wins, you could start seeing a bunch of Biden tweets from me, and there could be another scandal.

How come you chose Pete over Bernie this time?

Well, let’s put it this way: Bernie has the right diagnosis of the problems. You know, a lot of my friends struggled with student loan debt. People don’t have health insurance, things like that.

But I think Pete’s way of getting there is a way that unites people and brings in people who might not agree on the solution. Then, it’s also more pragmatic in how it’s likely to get solved. Like, I think Medicare for All Who Want It seems more likely to get passed than Medicare for All. I just thought Pete had more pragmatic answers.He was fresh, new on the scene. He had good ideas, pragmatic ideas, common sense ideas.

But I will tell you that supporting Pete wasn’t easy, because a lot of my friends, they follow the U.S. politics casually, but they have other candidates they like. They’re not crazy about Pete.

What about Lis—I know she has some fans on Twitter. Are you a big Lis Smith fan?

And I know there was another thing people were pointing to, where you said that you had just woken up when it was about 5 p.m. in Nigeria. What was the reason for that?

Yeah. I was trying to explain to people that you could take naps in Nigeria. I guess it’s a controversy to wake up at odd hours. But I was trying to draw attention to the fact that I was just on Twitter after a hiatus, and then suddenly found out I was Lis Smith and I was the centre of a controversy. It’s kind of weird. I’m getting so many people trying to pry into my Instagram account and my email information. People are sending me tweets, messages to confirm fake emails, either reporters or just regular people trying to get me to confirm who I am. So I just want my privacy, you know? That’s all I want from this.