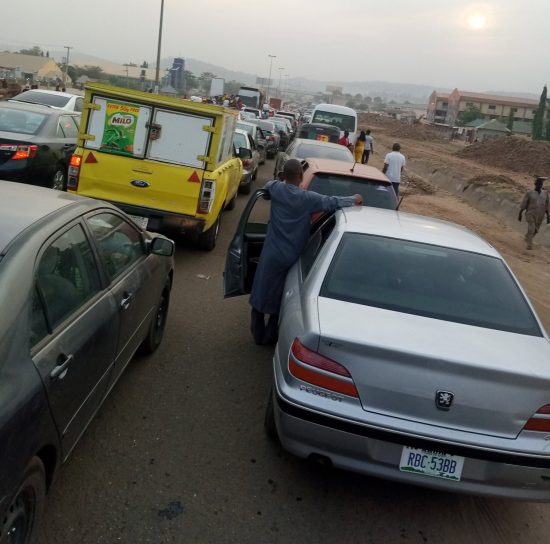 One person was killed and four others injured as two trucks belonging to rival cement manufacturers were involved in an accident on Sunday at Kugbo along Nyanya Road, Abuja.

The Federal Road Safety Corps (FRSC) Public Education Officer (CPEO), Mr Bisi Kazeem who confirmed this to the News Agency of Nigeria (NAN), said the accident occurred at about 2pm.

“At about 1400 hrs, a truck fully loaded with bags of cement had a failed brake at Kugbo while heading towards Nyanya and ran into a Dangote truck from behind.

“And the four injured persons were immediately taken to Nyanya General Hospital and Medical centre Mararaba while a lone corpse from the crash has been deposited at the Mararaba Federal Medical Centre’s mortuary.

“The Dangote truck has been moved out of the road while our tow truck is still working tirelessly to move the other truck as the engine, gear and prime mover are all detached from the tail.