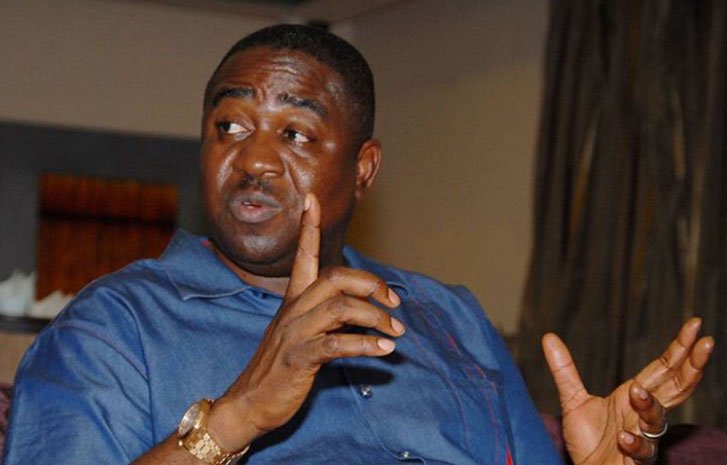 The Court of Appeal on Wednesday stopped Justice Abang Okon from hearing a case against former governor of Benue, Gabriel Suswam alongside Okolobia Okpanachi, his former Commissioner of Finance.

Justice Abang ordered that the matter should go back to Justice Ahmed Mohammed of the Federal High Court.

NAN reports that the Economic and Financial Crimes Commission ( EFCC) charged Suswam and Okpanachi with nine counts of money laundering and diversion of of N3.1 billion.

In a unanimous judgment, the appellate court ordered that the case should be sent back to Justice Mohammed of the same court for continuation of trial.

Justice Emmanuel Agim who delivered the judgment, also ordered that Justice Mohammed who had shown unjustified reluctance in entertaining the case should give the trial an accelerated hearing.

The court held that Justice Mohammed was wrong to have recuse himself from conducting the trial on account of fear, when all the parties had expressed confidence in him.

Although the court commended Justice Abang, who is currently adjudicating on the matter, for showing diligence in the trial.

It held that its decision to return the case back to Justice Mohammed was to correct the error made by the Chief Judge of the Federal High Court by re-assigning the case to him.

Justice Agim explained that this was to strengthen the path of justice and protect the institution of the Judiciary as the Chief Judge misapplied his discretion, when he re-assigned the case to Justice Abang, rather than directing Justice Muhammed to continue with the trial.

The court held that although the Chief Judge has the powers under section 19 of the Federal High Court Rules, to assign cases to any Judge of the court, “Such discretion must be exercised properly and not recklessly so as to meet the justice of the case.”

“Unfortunately, the Chief Judge did not exercise his discretion correctly. The re-assignment of the case to Justice Abang amounted to a transfer in a matter that was part heard. Four witnesses had already testified and an accused person is entitled to a trial within a reasonable period of time” Agim held.

Justice Agim further held that the exercise of discretion should be in a rational manner and properly to the satisfaction of all the parties.

The court, however, held that the improper exercise of discretion by the Chief Judge did not in any way render the proceedings before Justice Abang a nullity since the action of the Chief Judge was an administrative in nature.