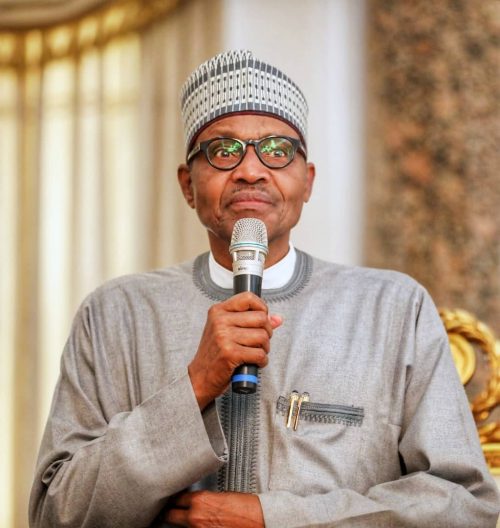 President Muhammadu Buhari Thursday in Abuja reassured that the Federal Government will continue to support efforts by the Plateau State government towards a peaceful, prosperous and tolerant society.

Receiving Governor Simon Lalong and other stakeholders from Plateau State, President Buhari appealed to residents and indigenes of the State to support the governor’s development agenda.

‘‘Plateau is strategic to Nigeria. It is geographically unique with its diverse environmental and huge economic potential. This clearly shows the State’s incredible potential in tourism, agriculture and mining.

‘‘It is, therefore, our collective duty to ensure these potentials are fully harnessed by providing the right policy support,’’ the President said.

President Buhari told the delegation he was very pleased with the progress made on security, provision of social services and infrastructure development under the leadership of the present governor.

‘‘These are the critical pillars of having a prosperous and inclusive society. I will, therefore, take this opportunity to urge all citizens of Plateau to encourage and support your Government in delivering on its mandate,’’ he said.

Commending Governor Lalong for his steadfastness, patriotism and successes achieved so far, President Buhari declared: ‘‘Plateau State has been transformed by the work you have done.’’

On the requests by the State government, including the dualisation and construction of some federal roads, upgrade of the Potato Research Centre to a full-fledged Institute, a special grant for reconstruction and rehabilitation of victims of attacks and crises, among others, the President assured the delegation that his administration would do its best to support where possible.

In his remarks, Governor Lalong expressed deep gratitude to the President on his unflinching support to the State, saying ‘‘you have shown that, indeed, you are a father to all and a true leader whose passion for development and peace is unquestionable.’’

Presenting the requests of the State government, the governor appealed to the Federal Government to refund outstanding monies expended in the construction of some federal roads.

He also called for the establishment of a Federal polytechnic in the State as well as the upgrading of the Nigerian Institute of Mining and Geosciences to University of Mining.

On security, the Governor told the President his administration had made tremendous efforts in building institutional and legal framework in engendering peace and security in the last four years.

‘‘Sadly, however, in the last two months, we recorded two incidents of killings in Kulben, Mangu Local Government and Kwatas in Bokkos Local Government where lives were lost, property destroyed and people displaced,’’ he said.

The governor announced that some arrests have been made and investigations ongoing, pledging that the state government is ‘‘determined to get to the bottom of this in order to affirm the message that criminals cannot take us back to the days of agony.’’