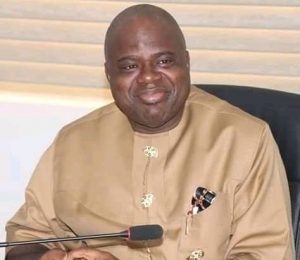 His Acting Chief Press Secretary, Mr. Daniel Alabrah, who disclosed this in a press statement, said the new appointees include: a former Speaker of the State House of Assembly, Rt. Hon. Friday Konbowei Benson, who will serve as Secretary to the State Government; Chief Benson Agadaga, as Chief of Staff; Peter Pereotubo Akpe as Deputy Chief of Staff and Mr. Irorodamie Komonibo as Principal Secretary.

The appointments are with immediate effect.