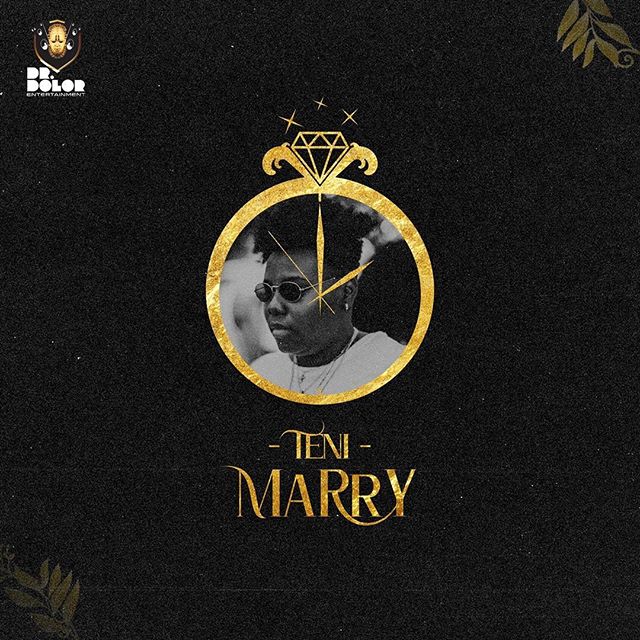 Dr Dolor Entertainment presents the official audio for “Marry“ by star artist Teni. Teni Makanaki has songs like ”Power Rangers, Uyo Meyo, Case, Askamaya, Billionaire” among others to her credit.

Teniola Apata aka Sugar Mummy released her debut single “Amen” while signed to Shizzi’s Magic Fingers Records. The 27-year-old left the record label and signed with Dr. Dolor Entertainment in 2017 and started gaining prominence after releasing the single “Fargin” in September of the same year. She made her breakthrough after releasing the hit singles “Askamaya”, “Case” and “Uyo Meyo”. “Askamaya” was ranked 15th on MTV Base’s year-end list of the Top 20 Hottest Naija Tracks of 2018.

Teni won Rookie of the Year at the 2018 Headies Awards, and Most Promising Act to Watch at the 2018 Nigeria Entertainment Awards. She also won Best New Artist at the 2018 Soundcity MVP Awards Festival, NotJustOk ranked her eighth on its list of the 10 Hottest Artists In Nigeria.