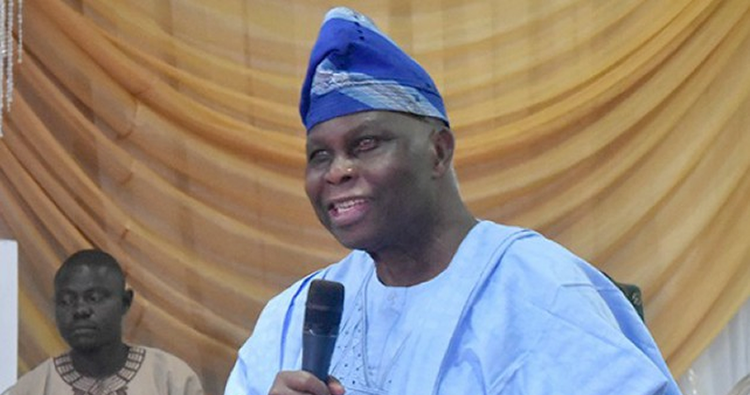 Gov. Seyi Makinde of Oyo State on Friday extolled the virtues of the late Dr Olalekan Are during a burial service held at the St. David Cathedral Church, Kudeti in Ibadan.

The deceased, a renowned agronomist and a former Director with the Punch Newspapers, died on Jan. 18 at the University College Hospital (UCH), Ibadan.

Makinde described the late Are as a lover of peace and a great achiever who never hesitated to say his mind on any issue.

The governor said he met the deceased few months after assumption of office and that he commended his government for its education policy.

Makinde said Are’s uprightness and goodwill legacy would be remembered by the people of Oyo State and Nigeria in general.

Also, the immediate past Governor of the state, Sen. Abiola Ajimobi, described the late Are as “a bridge builder and a straight forward man”, saying that the deceased lived a fulfilled life.

Ajimobi urged children of the late Are to sustain the good legacy left behind by their father.

In his sermon, the Diocesan Bishop, Rev. Akintunde Popoola, urged Christian to nurture and feed their souls with the words of God and live according to His direction.

“Material things will not follow anyone to the grave, but our soul. Therefore, feed your soul, nurture it because it is the only thing that will go with you to the grave,” Popoola said.

He described the late Are as “a great philanthropist, a silent giver, a lover of humanity and education who prioritised everything that would add value to life”.