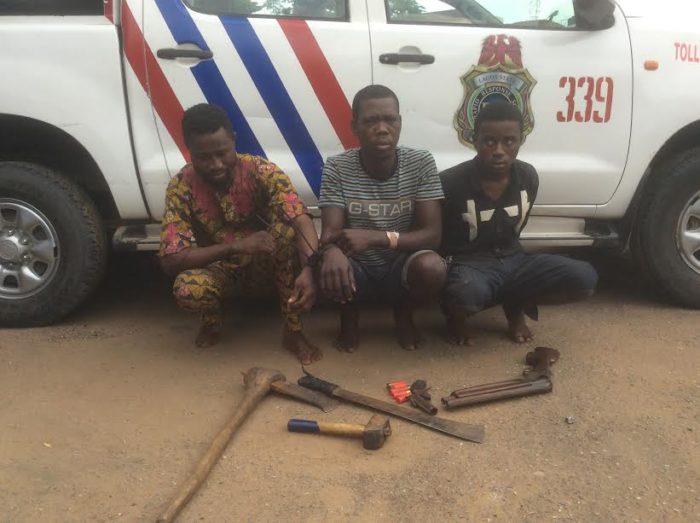 The Police Command in the Federal Capital Territory (FCT) on Friday killed two suspects during exchange of fire with armed robbers in Dawaki area.

The Police Public Relations Officer (PPRO) in the FCT, DSP Anjuguri Manzah disclosed this in a statement in Abuja.

He said the armed robbery gang had engaged police operatives in a fierce gun duel at the robbery scene.

Manzah said the suspects were overpowered and dislodged by police operatives while responding to a distress call from the area.

“Disarrayed by the prompt response of the police operatives, the hoodlums in a bid to escape, shot sporadically at the operatives and set fire on a mattress belonging to their victim.

“As a result of the superior gun power of the police operatives who responded swiftly, two of the hoodlums sustained serious injuries and were arrested while others escaped with bullet injuries.

“The two injured suspects were later rushed to the hospital for medical attention but were confirmed dead at the hospital,” he said.

Manzah said exhibits recovered during the inspection of the scene were one locally made pistol, one dane gun, two cutlasses and one iron cutter.

The PPRO said other exhibits recovered were empty shells, one Toyota Corolla, one phone, one axe, four plasma television sets and one set of home theatre.

He said investigation into the incident was still ongoing.