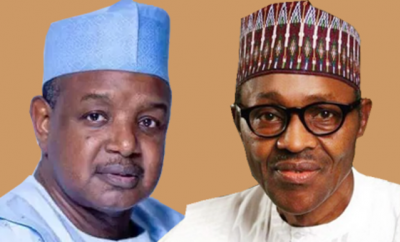 Nigeria’s Federal Government has rubbished allegation that the President Muhammadu Buhari’s administration plans to hand about $100 million the American authorities said was stolen by former dictator, Sani Abacha to Governor Atiku Bagudu of Kebbi state, describing the report as mischievous.

The government said the allegations were figment of the imagination of mischief makers who are bent on destroying the good efforts of the Federal Government.

Bloomberg had reported that the U.S. opposed plans by the Buhari government to hand about $100 million of the money to Bagudu.

It said the disagreement may hamper future cooperation between the two nations to recover state money moved offshore by Abacha, who Transparency International estimates may have looted as much as $5 billion during his 1993-98 rule.

The U.S. Department of Justice accused Bagudu of being involved in corruption with Abacha.

The DoJ also contends that the Nigerian government is hindering U.S. efforts to recover allegedly laundered money it said it has traced to Bagudu.

However, Nigeria’s Attorney General and Minister of Justice, Abubakar Malami said on Saturday in a statement that “The story regarding paying a Governor certain amount of the repatriated Abacha loot is unfounded and baseless. It is only a fiction and figment of the imagination of mischief makers who are bent on destroying the good efforts of the FG.”

Malami, in the statement issued by Dr. Umar Jibrilu Gwandu, Special Assistant on Media and Public Relations,
Office of the Attorney-General of the Federation and Minister of Justice, described the report as baseless and untrue.

“Nigeria is also cooperating with the United States in the recovery of several other assets including corruption proceeds linked to former Petroleum Minister Deziani Alison-Madueke and her associates, and former Governor James Ibori as well as several others.

“The 2020 Agreement which will be managed by Nigeria’s Sovereign Investment Authority, will also be monitored by civil society organizations and will be used to support the completion of critical road infrastructures, namely Abuja to Kano Road, Second Niger Bridge and the Lagos to Ibadan Expressway. These projects will support socioeconomic development across the country,”Malami said.

The statement added that the 2017 repatriated funds were deployed to the implementation of the National Social Investment programme and was being monitored by civil society organizations across the country.