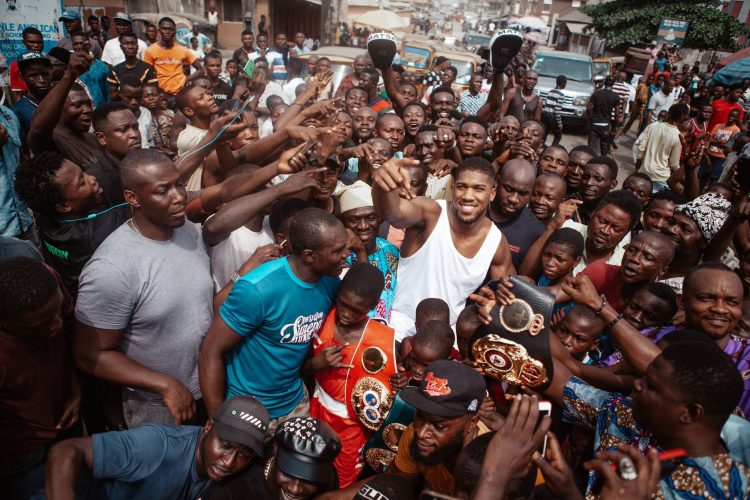 World heavyweight boxing champion, Anthony Joshua, on Friday, gave some of his fans in Nigeria something to cheer as he posed with them for pictures.

In a tweet on Friday evening, Joshua posted pictures of himself flanked by fans, including children, who displayed his belts. 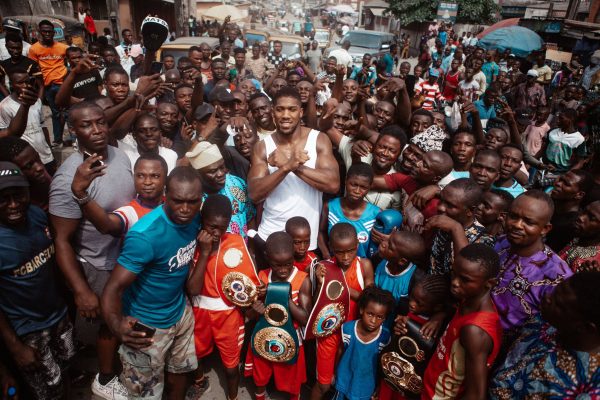 In the tweet, Joshua wrote, “I hail o!” adding a proudly displayed emoji of the Nigerian flag.

The British professional had on Wednesday visited Sagamu – his home town, where he received a hero’s welcome.

During the visit, he met with the Akarigbo of Remo and other chiefs.

He made his debut alongside his cousin, Ben Illeyemi, who is also a professional boxer, in 2013.

On 7 December 2019, Joshua defeated Andy Ruiz Jr to reclaim his world heavyweight titles which he lost in June.

Joshua won by unanimous decision as the three judges gave him the fight.