Buhari's daughter opens up on DSS' detention of trader 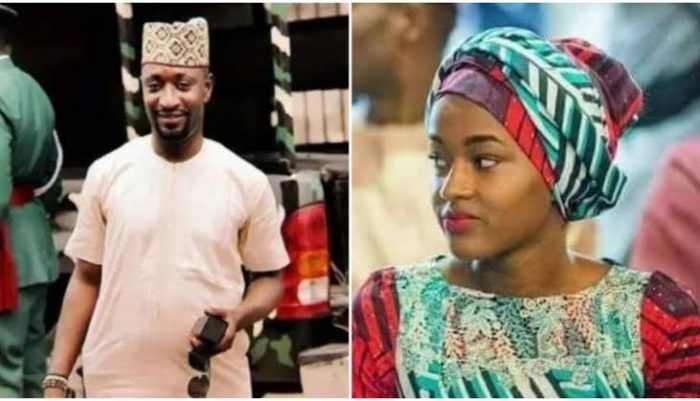 Hanan Buhari, daughter of President Muhammadu Buhari has opened up on allegations that the Department of State Services detained a trader, Anthony Okolie, for 10 weeks for using a telephone line that was earlier used by her.

According to her, though she had received complaints from relatives that someone was using her old line to solicit money, she never reported the matter to the DSS.

Hanan said this in a counter-affidavit to the originating motion filed by Okolie.

Okolie had sued the DSS, Hanan and company, MTN for his 10-week ordeal in the security services’ detention.

He accused the DSS of detaining him for 10 weeks, denying him bail and access to his lawyers for using a telephone line that was earlier owned by Hanan, alleging that the DSS detained him for 10 weeks because Hanan, who was schooling in the United Kingdom at the time, failed to come forward to clear him.

In an affidavit deposed to on her behalf by one Idris Abdullahi, PUNCH reports that the President’s daughter said she should not have been joined in the suit because she had no idea that Okolie was ever arrested.

The affidavit read in part, “I was informed by the 2nd respondent (Hanan) in our office on February 15, 2020, around 4pm… that she never made any complaint against any Mr. Anthony Okolie to any officer in State Security Service or any other law enforcement agency.

“That she was not privileged to even know anybody with the name Anthony Okolie and has never reported him or any other person to any law enforcement agency in Nigeria or any other country throughout her life.

“That although she was not happy with the public complaint that someone had been using her old SIM card to solicit for financial assistance using her name, she never complained to any authority and she was not aware that the person’s name was Anthony Okolie until the media published it.”

According to Hanan, she did not have the powers to give the DSS orders to detain anyone.