2 US socialites in mystery drowning in Florida 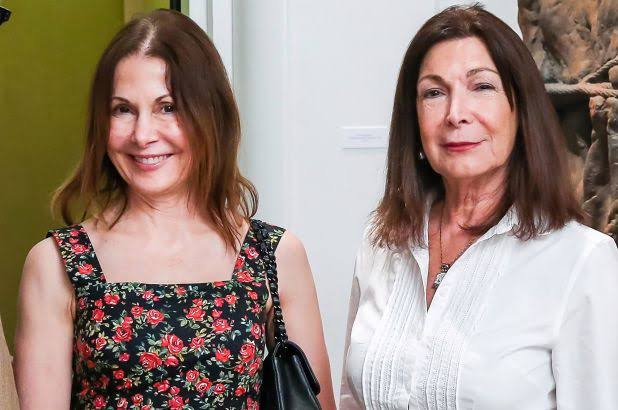 How did two US female socialites sitting in a car on a 10-minute ferry ride from Fisher Island to mainland Florida die?

First of all, how did their Mercedes Benz car break the boat’s barrier and cascade into the water, with the occupants Emma Afra and Viviane Brahms drowning? Was it just a freak accident?

The two occupants in the car were friends.

The Miami-Dade Police Department is trying to find answers to the questions, as it opens up an investigation over the tragedy, in conjunction with the U.S. Coast Guard.

The Miami Herald quoting sources said Afra forgot to put her Mercedes in park and hit the gas pedal by mistake when the vehicle started rolling, a claim not yet confirmed by police and the Coast Guard investigators.

Emma Afra was a 63-year-old widow of Fisher Island and the driver of the vehicle at the time of the incident. Viviane Brahms was the passenger of the vehicle, a 75-year-old woman from Harrison, New York. Both women were found in an embrace on the back seat when their vehicle was found in the water.

Emma Afra was involved in Kristi House, an organisation “dedicated to eradicating child abuse and child sex trafficking,” according to its website. She chaired events for them and fundraisers, including a dinner in 2012 which raised a record $500,000 for the organization. Emma graduated from the University of Miami in 1985 and became involved with Kristi House in 2002.

The Miami Herald reported that Emma was married to Siavash “Sia” Afra, who died several years prior.

Both women were close friends, photographed together at different events, including in 2019 Glenn Ligon’s art lecture at Miami Design District and in 2017 at a gallery reception.

According to the New York Post, Viviane Brahms lived in New York in a $1.8 million Harrison mansion.

She was an owner of Manhattan’s Red Zone nightclub on West 54th Street in the ’90s. Brahms and Afra were photographed together in 2017 at the Upper East Side art gallery of Robert Mnuchin, the father of President Donald Trump’s treasury secretary, Steven Mnuchin, the Post reported.

When they knocked on the door of her house in New York, the woman who answered the door did not give her name but said, “It’s a terrible tragedy, she was an amazing woman.”

The accident on 18 February has been described as a freak accident.