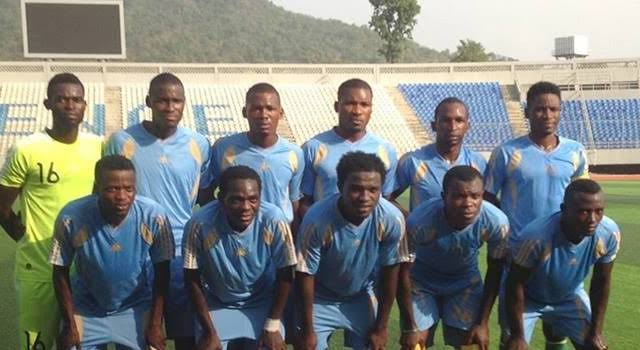 Jibrin Abubakar and Idris Abubakar scored for the hosts in the match’s 12th and 69th minutes respectively at the Pantami Stadium in Gombe.

The visitors scored their lone goal through Ikenna Cooper in the 67th minute.

Reacting to the result, Ibrahim Bariki, the coach of Adamawa United, told NAN that his players did their best and he was satisfied with the win.

While expressing disappointment with the officiating of the match’s first half, Bariki said: “I was not angry. It’s just that in the first half, the referee was trying to intimidate us.”

On his team’s poor away record, the coach said he and his colleagues in the team’s technical crew were working very hard to improve that aspect.

Also speaking, the coach of the visiting team, Uche Ukagbue who commended the officiating, said he felt “very bad’’ that his team’s goalkeeper gave away two cheeky goals.

NAN also reports that Bariki had attempted to assault one of the match officials.

The home also fans threw sachet water and shoes at match officials as policemen escorted them into their dressing room.

The incident delayed the commencement of the second half by 15 minutes as the players had to wait on the field of play for the match officials.

Speaking on the home fans’ attitude, Okagbue said their reaction was part of football.

“Fans are not educated. They don’t know the rules and laws of the game, and that’s why they act unnecessarily