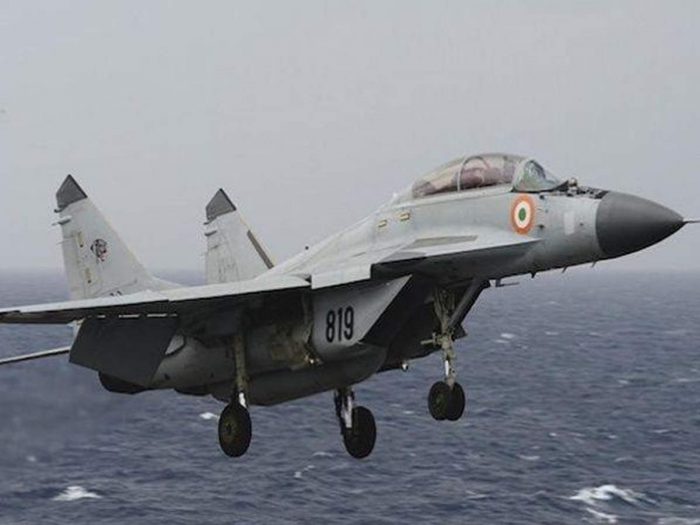 An MiG fighter jet, Indian Navy MiG-29K aircraft, crashed in the western Indian state of Goa on Sunday around 10:30 am while conducting routine training sortie.

No casualty was yet reported in the crash as the pilot was said to have ejected safely.

A statement by the India Navy said, “An enquiry to investigate the incident has been ordered.”

According to India Today, the crash comes three months after another MiG 29k crashed outside a village in Goa in November 2019.

“On November 16, an Indian Navy MIG trainer aircraft crashed outside a village in Goa. The aircraft crashed on a rocky plateau on the outskirts of Verna, 15 km from the state capital Panaji and a major tragedy was averted as the pilot pointed the aircraft away from populated areas. Even then, both the pilots had ejected safely.

“The November 2019 crash occurred when the left engine flamed out while the right engine of the aircraft caught fire due to bird hit.

“Another MiG-29k aircraft crashed in Goa in January 2018. The aircraft veered off the runway and crashed inside the INS Hamsa base. The trainee pilot managed to eject safely from the aircraft, which caught fire. Arrival and departure of civilian flights at the Goa airport were delayed due to the incident”, the newspaper reported.