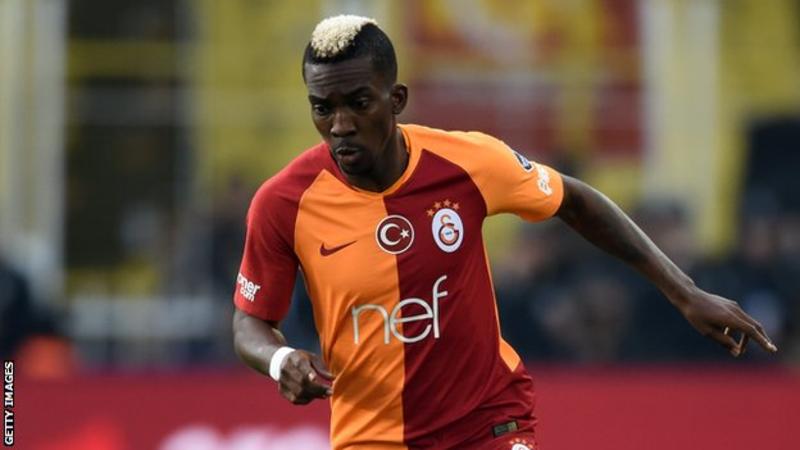 Henry, on loan from French club Monaco, struck deep into the 10 minutes of stoppage time, to score Galatasaray’s third goal, to post an emphatic win.

The match was marred by twelve bookings, three of which were red cards. Home fans also chanted for their coach to resign.

Moments later each side had a player sent off after a clash near the dugout.

The victory saw the 22-time champions, from the European side of Istanbul, go level with leaders Trabzonspor, who have a game in hand.

But Fener, based in the Asian side of the River Bosporus, remain sixth in the Super Lig and their fans voiced their frustration after taking just one point from their last four games.

Some seats were thrown onto the pitch after the final whistle at the Ulker Stadium, where things had started so well for Fener when Max Kruse scored an early penalty.

But Ryan Donk equalised before half-time and ex-Manchester United and Chelsea striker Falcao, 34, converted his sixth goal of the season.

Objects were thrown at the visiting players as they celebrated Falcao’s goal, while Younes Belhanda and Fener’s Deniz Turuc were sent off after angry scenes on the touchline before play had restarted.

Onyekuru also bagged a yellow card after taking his shirt off in celebration of his goal, becoming the 11th player to be booked on an eventful evening in Istanbul.

Galatasaray coach Fatih Terim was the other man to be shown a yellow card.–BBC Sport