Our duty to families of fallen heroes - Army 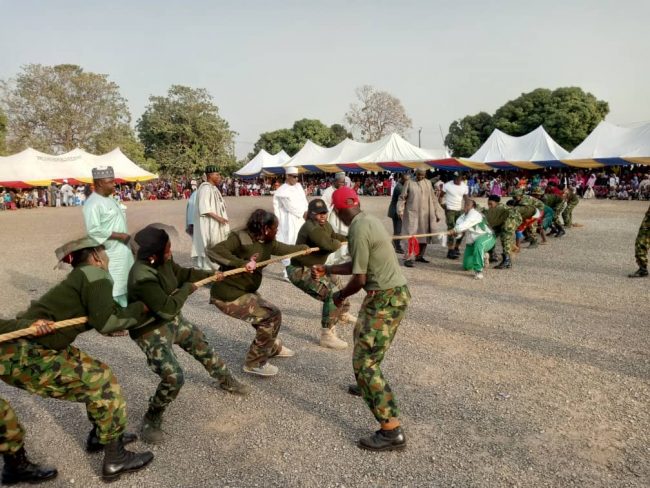 The Training and Doctrine Command (TRADOC), Headquarters, Nigerian Army, Minna on Saturday said the army was committed to welfare of the families of its fallen heroes.

Maj. Gen. Abubakar Tarfa, Commander TRADOC made the disclosure in Minna, during the 2019 combined celebration of the West African Social Activity by TRADOC and 31Artillery Brigade.

“The Nigerian Army is committed to the welfare of the families of our fallen heroes. We have a way of making sure that they get what belong to them.

“These are officers and soldiers that paid the supreme sacrifices in the course of their duties hence the need to take the welfare of their families they left behind serious”, Tarfa told News Agency of Nigeria (NAN).

The Commander lauded the army in its efforts in tackling security challenges in the state and across the country.

“The nation is battling certain security challenges and the Nigerian Army is in the forefront of tackling these challenges. In the past years, major successes were recorded by the army across the nation.

“In Niger state, troops of this cantonment deployed across the state to curb the menace of insecurity have been achieving positive results,” he said.

He pledged that the army would continue to collaborate with other security agencies to ensure that terrorism and other forms of criminality are stamped out of the country.