Asset declaration: Why court struck out case against Ekweremadu 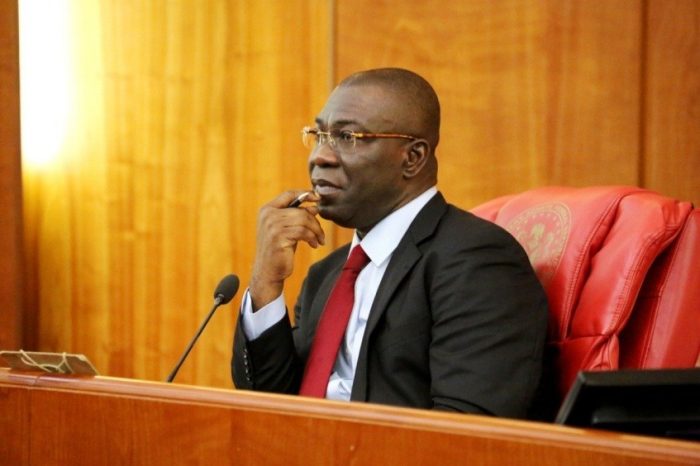 The Federal High Court, Abuja struck out charges of non-declaration of assets instituted against former Deputy Senate President, Ike Ekweremadu, by the defunct Special Presidential Investigation Panel for the Recovery of Public Property because the former lawyer handling the case for the panel disappeared with the case file.

The dissolved panel was then led by Mr. Okoi Obono-Obla. The panle had in 2018 instituted the case marked FHC/ABJ/CR/62/2018 against Ekweremadu, alleging that, “without reasonable excuse”, the serving senator refused and neglected to declare his assets upon being served the panel’s “notice to declare”.

The AGF office took over the case and other suits being handled by the SPIP upon a presidential directive dissolving the panel in 2019.

But on Monday, Justice Binta Nyako struck out the case against Ekweremadu after the prosecuting counsel from the AGF office, Mr Pius Akutah, said the former lawyer handling the case for the panel had disappeared with the case file.

He appealed to the judge to order the former counsel to release the file to the AGF office but the request was declined by the judge.

The PUNCH reports that Ekweremadu’s lawyer, Chief Adegboyega Awomolo (SAN), urged the judge to strike out the case.

Justice Nyako dismissed the prosecution’s request, saying that “You are attorney general (referring to the lawyer as representing the AGF), you should know what to do. You should not be waiting for me to make an order against an individual.

“So, as it is today, you don’t know the case against the defendant since you don’t have the file. I am going to strike out the case, when you are ready you can come back. The case is hereby struck out for want of diligent prosecution. The prosecution is allowed to come back whenever they are ready to proceed with the case,” Jusrtice Nyako said.