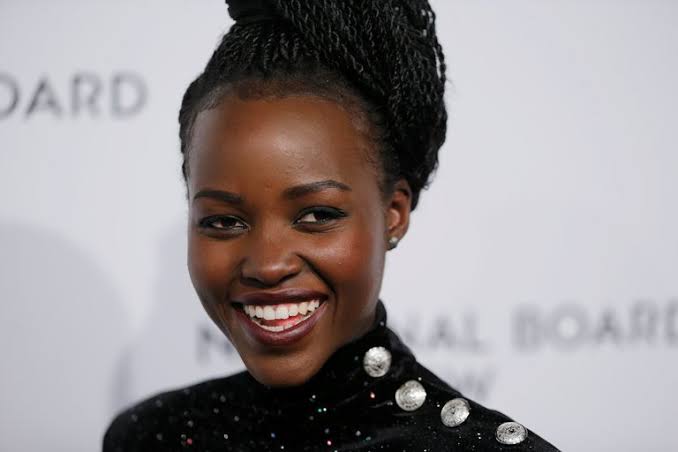 Multi-award-winning Kenyan-Mexican actress, Lupita Amondi Nyong’o is celebrating her Best Actress award for her role in “Us,” with delectable dance moves to Teni’s muster hit, Case.

In a video tweet where she was dancing to Teni Entertainer’s Case, singing word for word, she apologized to the organizers for her absence.

She wrote: “Thank you #NAACPImageAwards for the Best Actress award for #UsMovie!! I am honoured and deeply proud to be part of your community. Here’s a dance to show you how this makes me feel!”

The National Association for the Advancement of Coloured People, NAACP, Image Awards, honour outstanding performances in film, television, music and literature by people of colour.

The NAACP gave its Chairman’s Award, which goes to people who show exemplary public service and “create agents of change,” to civil rights legend U.S. Rep. John Lewis of Georgia.

Rihanna received the NAACP President’s Award for special achievement and distinguished public service. She called for racial, religious and cultural unity during her acceptance speech.

“If there’s anything that I’ve learned, it’s that we can only fix this world together,” Rihanna said. “We can’t do it divided.”

“We’ve been denied opportunities since the beginning of time, and still we prevail,” she said. “Imagine what we can do if we do it together.”

Lizzo leads the nominees for the night’s biggest award, entertainer of the year, to be handed out later Sunday. She will be competing against Tyler Perry, Regina King, Billy Porter, and Angela Bassett.

Thank you #NAACPImageAwards for the Best Actress award for #UsMovie!! I am honored and deeply proud to be part of your community. Here’s a dance to show you how this makes me feel! pic.twitter.com/GVkOuTokN8