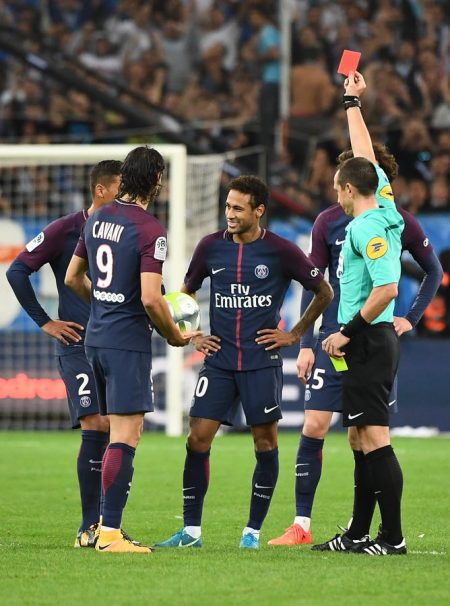 Paris Saint-Germain bounced back from their UEFA Champions League defeat by Borussia Dortmund, to beat Bordeaux 4-3 on Sunday. However, the victory was marred by Neymar’s late sending off.

After losing 2-1 in Germany in the first leg of their Champions League last-16 tie in midweek, PSG’s defensive weaknesses were again exposed as South Korean international Hwang Ui-jo gave Bordeaux the lead at the Parc des Princes.

PSG turned it around thanks to goals by Cavani and Kylian Mbappe either side of a Marquinhos brace, but at the other end there was a bizarre goal credited to the Brazilian defender Pablo and a Ruben Pardo strike had the home side hanging on at the finish.

A richly entertaining encounter then concluded with Neymar being sent off in stoppage time for a second yellow card for grappling with Bordeaux’s Yacine Adli, leaving the world’s most expensive player facing a suspension.

It is another unwanted problem for coach Thomas Tuchel, who are now 13 points clear at the top of Ligue 1 from Marseille after Andre Villas-Boas’s side were beaten 3-1 by Nantes on Saturday.