Rapists on the prowl in Sokoto, 50 rape cases in one month 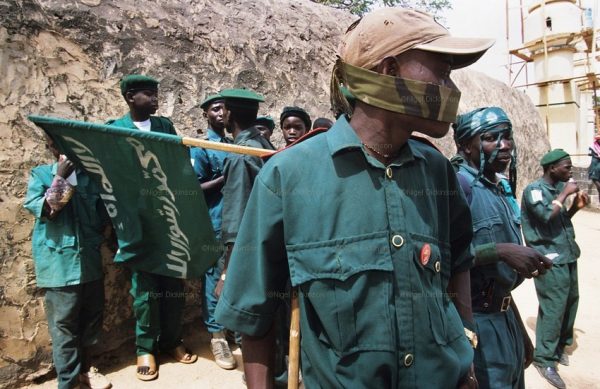 Altogether, 606 rape cases across the state were recorded in 2019. In January this year alone, 31 females were raped.

Kasarawa disclosed this in an interview with newsmen on Sunday and decried the rampant cases of sexual assaults in the state.

“This issue of rape mostly involved young girls and teenagers between the age of five and 16,” he said.

The commandant explained that the offenders cut across all calibre of people in the society, including politicians, traditional rulers, clerics, businessmen and women.

He attributed the menace to the negative attitude of some parents, adding that the issue of poverty and greed had made sexual exploitation more rampant in the state.

Kasarawa also identified interference with legal processes as one of the major challenges in prosecuting rape cases, stressing the need to tackle favouritism and compromise.

“The politicians are interfering with the legal process to prosecute and pass judgment against them.

“I think anything that has to do with rape, politicians should step aside as issues of interests should not be there,” he said.

Kasawara urged the state government to empower the commission to tackle the menace and other social vices in the state by providing necessary facilities, operation vehicles, modern security gadgets, training of staff and funding.

“Presently, we are just like volunteers, the Commission is owned by the government but no cash backing, that is our serious problem, but we are still trying our best to see that we maintain the services,” he noted.

“By the time Hisbah is empowered and on daily basis prosecute cases of rape in the state, I am very sure people would stop committing that offence.

”When offenders were being punished accordingly, it will serve as deterrent to people, and make them to go back to their senses,” he stressed.