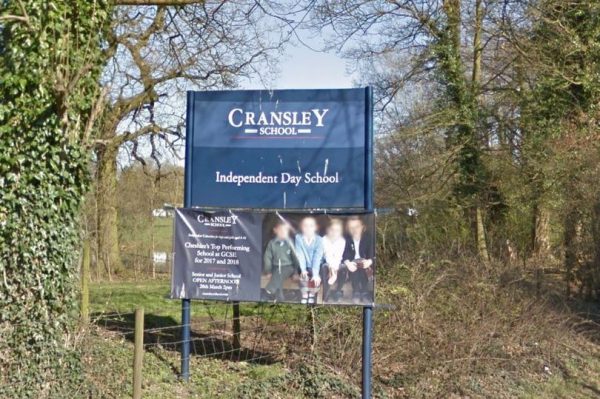 Cransley School, in Northwich, one of the three schools shut in Cheshire over coronavirus fears

Three schools in Cheshire, United Kingdom have been closed over fears of a coronavirus outbreak.

The schools are: Cransley School, in Northwich, Brine Leas Academy, in Nantwich, and Sandbach High School, in Sandbach.

They were closed today after a number of pupils returned from trips to Italy over half-term.

Italy is now the greatest coronavirus-hit country in Europe, with over 200 infections and seven deaths.

The country has locked down 11 towns, while upcoming football matches in its Serie A and the Europa League will be played behind closed doors.

Cheshire is a county in northwest England, known for its rural villages of half-timber and local red sandstone buildings and for its Industrial Revolution heritage, with links to neighbouring Manchester and Liverpool. Its county seat is Chester.