Stop Good Homes from selling our land, civil servants cry out to FG 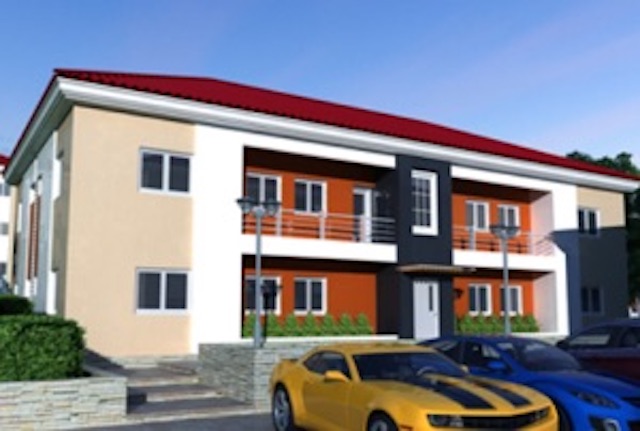 Subscribers of the Nationwide Workers’ Housing Scheme have called on the Federal Government and the Nigerian Labour Congress (NLC) to stop Good Homes, a developer, from selling plots of land meant for civil servants in Apo-Tafyi, Abuja.

Chief Emeka Anuna, Chairman of the Concerned Subscribers, made the call at a joint news conference with NLC on Monday in Abuja.

Anuna expressed concern that the project that started running since 2012 was yet to deliver any unit of house for any of the subscribers.

He alleged that the developer after collecting different amounts of money from the subscribers has been selling off the land in bits to other Nigerians.

“In 2012, this project was widely publicised as a Nationwide Workers Housing Scheme. It had a plan to initially develop 10,000 units of various types of houses in Apo Tafyi District, Apo Mechanic Village, Abuja.

“The government also made commitment to provide basic infrastructure in the districts and to provide funds via the National Housing Funds to qualified workers through selected primary mortgage institutions.

“Sadly, the project that was supposed to deliver the first phase of houses in six months is yet to deliver a single unit after eight years.

“We have it on good authority that Good Homes refused to pay contractors and suppliers handling the project before it was abandoned.

“They have been aggressively marketing the land to members of the public via large billboards placed at strategic locations in the city centre at a cost lower than what we were offered,’’Anuna said.

The group therefore, called on the government, NLC and TUC to stop the developer from further sale of the land meant for workers.

Ayuba Waba, President of NLC assured the subscribers that the said land belonged to the Federal Government and not Good Homes.

Waba assured the subscribers that government and NLC would not allow the developer to sell the land and, “if he goes against government rules and processes he would be prosecuted.

“The Good Homes project was initiated by the Federal Government in 2014.

“The lease agreement was between the FCDA and the developer, and it is true that the land can only be used for housing for the Nigerian workers. When they made the first complaint , I took the FCT Minister there and already, as we are speaking action is being taken.

“Because all the documents in connection with the land had been forwarded to him, he will convey a meeting of FCDA, Federal Mortgage Bank, NLC and the subscribers.

“Let me assure you, he the developer has no right to sell the land, the land in question does not belong to Good Homes, but belongs to the Federal Government, the Minister of FCT is on top of the situation.

“The minister went there with the Good Homes developer and said every process should stop until we are able to sort out everything.

“Federal Mortgage Bank gave him money and we want to take inventory of what he has been able to do with this money,” he said.

Waba who said that the Federal Capital Territory Authority (FCDA) must drive the process and everything would be settled in favour of the subscribers, appealed to them to be patient to get results.

He added that the land would be recovered and justice would be done to all.

Wabba also urged citizens not to go and buy from Good Homes or any other guise adding that “anyone that attempts that do so at their own risk.”

The Chief Executive Officer of Good Homes, Daniel Nwokedi, denied the allegations by the concerned subscribers, saying they were baseless.

Nwokedi explained that by the time the project was flagged off by the Former President Goodluck Jonathan in 2014 some structures were already on ground and near completion.

“The president said he thought he wanted to come and flag off an empty space but as he saw that we had gone so far he instructed that instead of 300 units we had planned for the first phase we should increase it to 1000.

He said Jonathan instructed the Central Bank of Nigeria (CBN) to give the Federal Mortgage Bank of Nigeria a loan of N10 billion which was to be disbursed to the company to complete the project.

”However, due to the change of government; and, you know all these things take processes we are have not yet been given any money from that N10 billion,” he claimed.

He denied that Good Homes was selling the land to other Nigerians.

He said what happened was that some of the subscribers that said they could not wait for government funding asked to be given lands instead to develop by themselves.

He also denied the allegation that developer was changing its names to sell the land to unsuspecting Nigerians.

He said when the company found that it could not meet up with the project, it sought the collaboration of another developer ‘Henry and Nick’s.

“However, when they saw change of name without understanding the issues the subscribers came complaining and protesting, which eventually made the partners to opt out.

“I want to assure all the subscribers that Good Homes is a company with integrity, we are doing all we can to go back to site, the Federal Government is putting modalities in place and you know these things take processes.

“We have been working well with the NLC, and its president has been doing all he can to get the government to provide the necessary funding,” Nwokedi said.

At the site, there were structures on ground and some even near completion.

The Nationwide Workers’ Housing Scheme is an initiative of Federal Government through the FCDA in collaboration with NLC/TUC.