Diri, Dickson in songs of worship after Supreme Court's victory 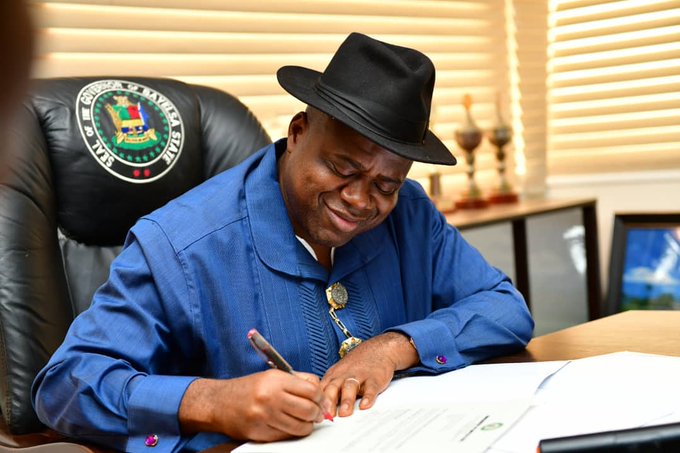 Bayelsa State Governor, Douye Diri and his predecessor, Seriake Dickson and some chieftains of the Peoples Democratic Party, PDP, were engrossed in singing worship songs to God on Wednesday after the Supreme Court upheld its judgment sacking David Lyon of the All Progressives Congress, APC.

Lyon and the APC lost their bids to overturn the Supreme Court ruling of 13 February, which sacked Lyon as the duly elected governor of Bayelsa state.

In a ruling today, the court dismissed the applications for review of the judgment, which rendered Lyon’s election invalid because of what the five-man panel of justices attributed to the alleged certificate forgery committed by Lyon’s running mate,Senator Biobarakuma Degi-Eremienyo.

Dickson led his loyalists and political godson, Diri, in most of the songs while Major Lance and Cleaopas concluded the emergency worship session in prayers.

They all knelt down for over 20 minutes singing and praying to thank God for the final pronouncement of the court and the PDP victory, which they described as a miracle, The Nation reports.

The camp of the APC and its leaders were, however, left in shock at the decision of the Supreme Court to throw out its application for a review.

The APC leaders wore long faces and their camp was quiet after the decision of the Supreme Court.

The sacked Deputy Governor-elect, Degi Erimienyo, on whose account APC lost Bayelsa, was in court sitting close to the National Chairman of the APC, Adams Oshiomhole.

However, PDP leaders were seen in wild jubilation, shouting and dancing to mark the end to the litigation, which caused tension in the state.